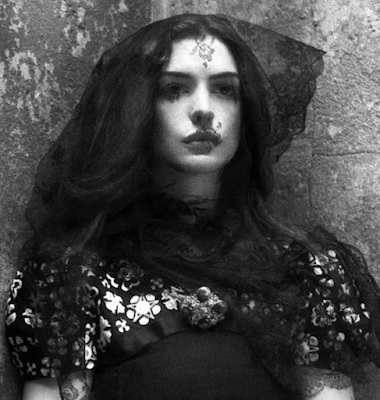 As expressed not too long ago I have reached the "acceptance" portion of how I deal with remakes -- a remake's existence doesn't eliminate the existence of your beloved original, and there can be pleasure mined from seeing new faces and new voices reinterpreting old tales that still matter to us. Even though film lasts forever (more or less) and threading this take up with the impermanence of the stage isn't one hundred percent it helps to just think of these remakes as new productions of Shakespeare Plays - the original text remains solid, and Shakespeare's Bones can shake off any piss the less reputable aim their way.

And so. The remake of Nicolas Roeg's 1990 classic adaptation of Roald Dahl's The Witches, aka my favorite childhood book. (Sidenote: when I was cleaning this past weekend I stumbled upon my childhood copy of this book and it is barely held together - it was read so many times the pages are totally unbound now.) Anyway I already posted about this (and said everything I just said then) but now Robert Zemeckis, who's directing, has found his Grand High Witch, and yup it's Anne Hathaway. And you guys, all due respect to Angelica Huston obviously, but Anne Hathaway is really good casting. REALLY good. She's big and performative and a little scary when it comes down to it (it's that mouth, which seems poised to swallow up little children). And this will let her lean into that thing where everybody decided they hated her for a bit - a big camp villain is a really good choice for her, I think. But what do you think? 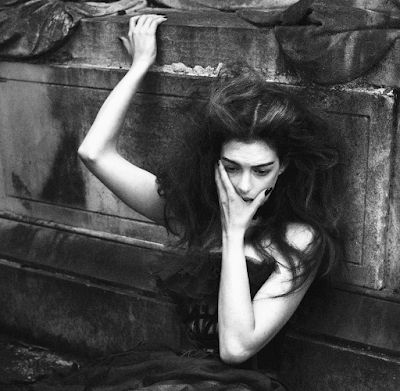 The thing is, The Witches is a damned good movie on its own and doesn't need a remake. There are plenty of other books that could be filmed instead, including some of Roald Dahl's. If a remake is needed, make a more faithful version of James and the Giant Peach, otherwise, there's The Twits and my students' favorite, George's Marvelous Medicine. I created a really fun lesson plan for that book, so that's why they loved it.

Remake Bedknob and Broomstick. The movie with Lansbury is good, but, with the exception of the characters, has a totally different story than the book.

BTW: Mary Poppins Returns is lovely! I haven't cried that much during a movie since E.T.

I'm on board; I had my doubts about her Catwoman as well, til I saw her and enjoyed her performance. Also, whenever I feel a little wobbly about her acting, I remind myself of her yellow-toothed snarl in the denouement of of BROKEBACK MOUNTAIN and my faith is restored.