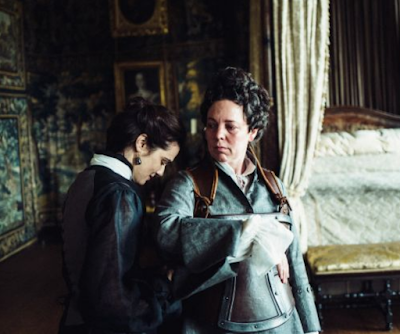 "I tend to avoid sex scenes as I get embarrassed. We had two weeks of rehearsals - we couldn't be embarrassed in front of each other as we'd rolled on the floor with each other, eaten together, shared everything and become genuinely good friends. So when we had to do this, it was like, come on. Snogging is fine. Snogging Rachel Weisz is like you've won the lottery!"

That's the one true queen Olivia Colman talking her sexy bits in The Favourite (via), aka the movie that just led the GALECA nominations this very morning. In related news the FSLC here in NYC just announced a Yorgos Lanthimos retrospective next month, which they're kicking off with a screening of The Favourite followed by an extensive conversation with the director himself next week! I can't go to that unfortunately (sigh) but I do plan on making it to the screenings of his other movies -- I've been dying to rewatch Alps lately, and I've never seen his first movie Kinetta before. 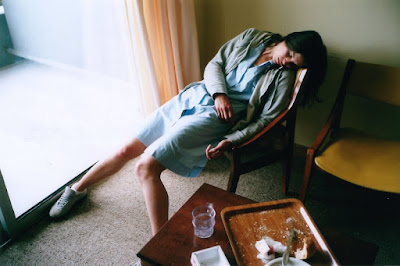 I was "meh" on The Lobster, and absolutely loathed The Killing of a Sacred Deer, so I went into The Favourite with some trepidation. However, I absolutely loved it! One of the year's best!