Never Ever Say Final, Ever 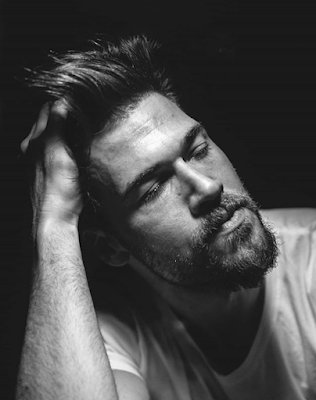 Consider this a "note to self" -- I should probably do a post listing the Hottest Guys of the Final Destination franchise at some point, shouldn't I? That's so in my wheelhouse the wheel just flew off a fiery car crash and embedded itself in my spine. And given I'm illustrating this post with a photo of Nick Zano (via), star of the fourth film in the franchise and star of one of its best death scenes (one we were just talking about on Friday) it's safe to assume Nick'd place well on such a list.

Anyway that post from Friday got posted right before the big news broke that the franchise, probably my favorite of all the modern day horror franchises, is getting the reboot. Well one place said it was a "reboot" but Variety is calling it "the sixth film in the series" so perhaps it's an honest-to-goodness old-fashioned sequel. I mean it's not like continuity is terribly important to the Final Destinations from film to film - they gave it a stab here and there (and they really gunned for it with the fifth film's finale) but if they were to just pick up with a new disaster and a new group of doomed folks I don't really think any of us are gonna mind too much.

I've been clamoring for a sixth film ever since that fifth one came out a full eight years ago - the movies were all financial successes and even if they had their quality ups and downs I will sit down and re-watch any and every one of them at the drop of a hat. This here news of a new film is kind of a surprise though - literally a week ago Tony Todd, the Candyman actor who also had a recurring role as a mordant mortician in this franchise, was asked if there'd ever be another one and he said...

"I am [surprised] but I know why there hasn't been [another Final Destination]... It's really an expensive film to shoot. Just getting whatever accident set pieces, like for example part two with the whole traffic accident, that took a good five weeks to shoot and at least $20 million bucks. So there are other films like the Annabelle films which just focuses on a doll that they can shoot cheaper and still make money."


I guess they changed their mind! Good! Now we all need to focus on the most important question:  WHAT WILL THE OPENING SEQUENCE BE ABOUT??? They've done plane crashes, car crashes, bridge and rollercoaster collapses, a race track implosion. I think they should go with some sort of Natural Disaster - an Earthquake, maybe?

All that aside I must express I'm a little wary of just who's taking over the franchise - Patrick Melton and Marcus Dunstan, who wrote a whole bunch of the later Saw films, are writing it. I personally found the Saw franchise unwatchable, lacking all the goofy nasty fun of Final Destination movies - the Saw films were grim, dank, depressing, and dumb. So I hope these guys can adapt themselves, and not the reverse. Otherwise...

Whoa. Legit thought that was Brad Pitt in the first photo.

Their work sucked on the Saw films but they showed some talent and perverse sense of fun in their own Collector/Collection films.