Luca Lines Up Our Futures 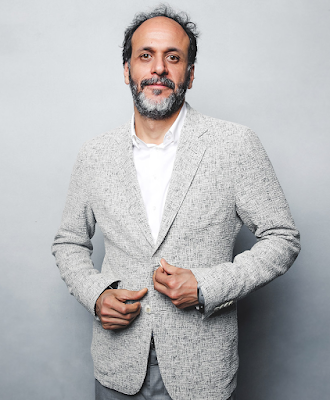 Salt-n-peppered stealth sex-bomb Luca Guadanino has been giving some good chats recently where he's dropped info about his exact next project as well as the Call Me By Your Name sequel -- for more on what his next project will be click on over to The Film Experience where I just wrote all that up.

But as for the latter, the much boo-hooed CMYBN sequel (which I'm personally repeatedly on the record being just fine with thank you very much), Luca got a little more precise with his intentions an in Italian interview (which you can watch right here if you speak Italian) -- it's going to have Elio bumping into Oliver in Paris some years later.

"I’m asking myself if in the new chapter of the life of Elio, Oliver and the Perlman family we should let them pass by Crema or not… but I don’t think so. Let’s give a small scoop: the sequel (but I don’t like to call it a sequel, their story is a ‘cycle’) will take place in Paris. And it begins with Elio crying. With this light shining into his eyes… and we wonder: are we still where we left him (in front of the fireplace)? No: he’s crying because he’s watching the ending of one of the best movies of the eighties, Paul Vecchiali’s masterpiece ‘Once More / Encore.’ Absolutely consistent with the character: Elio loves Paul Vecchiali’s cinema… that is melancholic like him.”

(thx Mac) He's spoken about the Vecchiali movie before, since the film's about AIDS and that got everybody all paranoid that this movie would give everybody AIDS or something, I don't know, people on the internet like to wring their hands about things they don't know anything about yet a lot. I personally am willing to put some faith in a filmmaker that's yet to let me down, but that apparently makes me an insane outlier. Anyway can somebody find a copy of the Vecchiali movie for me to watch? I can't find it anywhere! 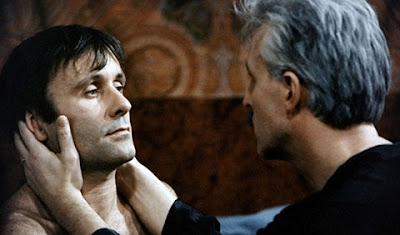 This 'sequel' is my most anticipated movie ever, after the first one (since I was a hugggee fan of the book". Still not over it either.

HNY Jason. If you're still looking for a copy of Encore I can hook you up.

Hey Unknown, I totally am! Email me - jadams77@gmail.com and thanks