There is a scene in the third episode of the fourth season of the SyFy horror anthology series Channel Zero - the fourth season is subtitled "The Dream Door" by the way - in which our boy Steven Robertson seen here lays down on a bed and has something you could liberally describe as a seizure. It's way more complicated than that, but "seizure" works without giving away the whole show. Anyway until that moment he's presented as a nerdy next door neighbor to the main characters of the show, but as soon as I saw him twitching on that bed I knew we were talking about the Hollywood Idea of Nerd a la Fran Kranz and that Steven Robertson had a killer bod under them clothes, and sure enough one visit to his Instagram marked my suspicions as, per usual, correct. 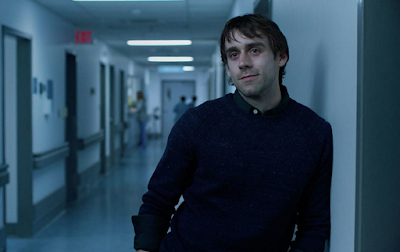 I got eyes to see! Anyway I hope we've got Channel Zero fans in the house, because this show is kicking my ass to infinity and beyond and I never hear anybody talk about it, and I wanna talk about it! Please keep in mind I've only watched the first full season (the one titled "Candle Cove" with Paul Schneieder and Fiona Shaw and yes with a cast like this you know Channel Zero ain't fooling around) and three episodes of Season Four so far - don't spoil me! Three episodes into "The Dream Door" and I'm already convinced we've got a Horror Icon in its terrifying manifestation of childhood rage (yes a la The Brood) called Pretzel Jack, a lopsided clown contortionist that crawls out of your closet. Calling him "the stuff of nightmares" doesn't even, uhh, come close.
.

So I have begun watching CHANNEL ZERO (thanks to the ever reliable @theseantcollins rec) and holy humping hell I am going to have so many horrible wonderful nightmares about Pretzel Jack tonight pic.twitter.com/OfTn5pznzA
— Jason Adams (@JAMNPP) January 9, 2019

.
I got about three hours of sleep last night because I was convinced Pretzel Jack was going to pop out of the shadows - the show's got a magnificent ability to up-end your expectations for where and how he might appear, showing him walking through broad daylight for extended periods of time, or throwing a little part of him into the frame suddenly out of nowhere. Invading safe spaces like your psychiatrist's office! It's just masterfully judged and executed horror stuff. Looking it up now I see the entire fourth season was directed by Craig William Macneill, whose "Lesbian Lizzie Borden" film Lizzie with Chloe Sevigny & Kristen Stewart just came out a couple of months ago. (Read my review here.) Dude is a name to watch.

Anyway that's my entreaty to watch the series if you don't already and like to be scared - it is legitimately terrifying, I think, in smart and creative and most importantly terrifying ways. Now let's hit the jump for a few more pictures of Steven Robertson that I snatched off of his Insta... 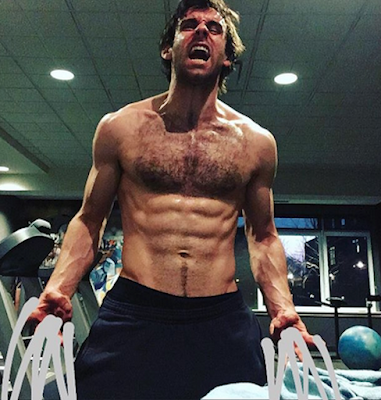 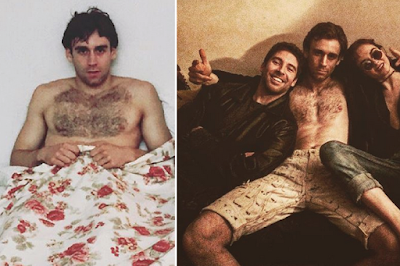 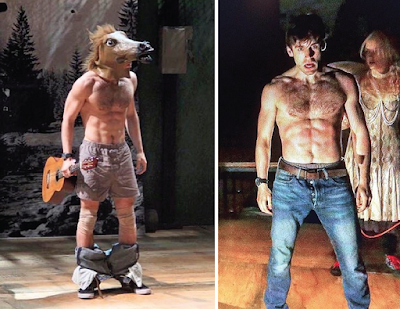 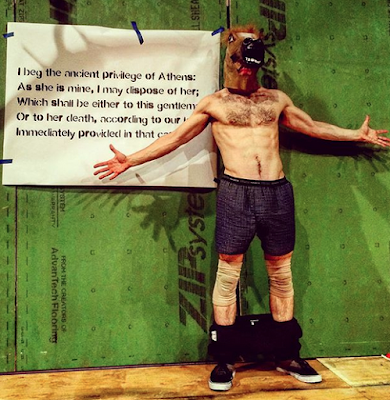 You saved me the effort of google him, thanks for the pictures. I only made it until the third episode of the season but I really liked his cute character. Also the fourth season was directed by E. L. Katz (Cheap Thrills, great movie). Craig McNeill directed the first season and also the movie The Boy (not the one with the doll, there was a real boy here) which was pretty effective.
I really liked the first season of Channel Zero, it was surprisingly creepy and atmospheric but I couldn't finish any other, there wasn't a real compelling craft anymore for me.

Thank you Jason, for summing up how awesome Channel Zero is (any horror fan with taste appreciates how distinctive & compelling this show is, with nods to excellent horror from the past). I tell anyone who will listen about it! And yes, Steven Robertson went from interestingly cute nerd to undercover sexy stud with that one scene. (Just wait!)

Oh man, I LOVE Channel Zero!! Although I do like Dream Door and Candle Cove a lot, Butcher's Block (the third season) is far and away my favorite. It's legitimately one of the most scary things I've seen on TV in AGES and hits on a lot of fears of mine. I recommend it as the next season you watch after Dream Door.

So glad you find Steven sexy too, although Brandon Scott is no slouch either.

AGREED on Brandon Scott -- I actually felt a little bit silly highlighting SR before I posted about Scott, given how much skin Scott shows on the show, but I'll get to him.

Candle Cove was by far the creepiest nightmarish and haunting series of the 4 seasons. I've watched all of them, but have not found any of the others to be as disturbing as the first. And the 2nd season was a real let down.

Pretzel Jack appearing out of nowhere scared the bejesus out of me!