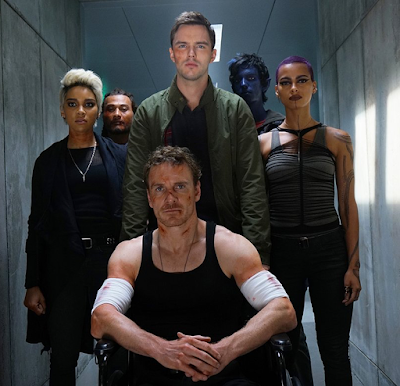 I could be wrong because I haven't been paying a ton of attention but this is the first official shot that I can think of seeing of Michael Fassbender & Nick Hoult and so forth for X-Men: Dark Phoenix, the upcoming super-mutant flick that's out on June 7th. The pics, including the one below, come via here where they're also saying we'll probably get a trailer with the Super Bowl. Which reminds me - there's like a Super Bowl happening some time soon, isn't there? I have absolutely no idea, this is the first time I have thought of it since I avoided last year's. Anyway it's good to see Michael Fassbender is really my main point. Who knows if we'll ever see him act again, the way things be going... 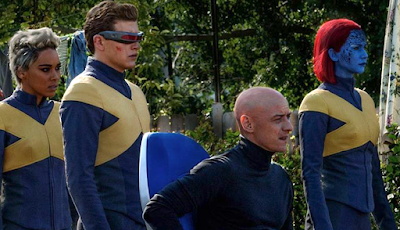 Don't think this is a Bryan Singer project. Simon Kinberg's directing. I doubt Jessica Chasten would work with Singer (she's all about #MeToo).

Oh yeah, and Fassbender is still hot, but McKellen is the best Magneto.

Oh shit, I missed that but you're right - I really did think Singer was still attached and I was wondering how they were gonna work that. Anyway I'll fix the post, thanks for that

So Michael Fassbender will still be acting though? right??