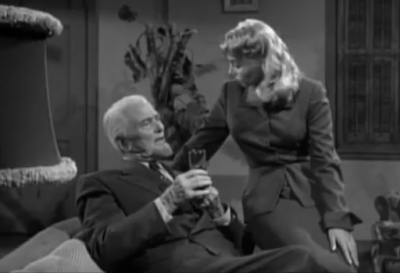 Dr. Gregor: This afternoon we had a long
telephone conversation earlier in the day.

With dialogue like that you know you're in an Ed Wood film and sure enough, this is one! Jail Bait was Wood's second picture after the infamous Glen or Glenda, and right before Bride of the Monster - somebody's who's seen Tim Burton's 1994 bio-pic Ed Wood recently will have to remind me if Jail Bait gets any mention in that movie - I haven't watched Ed Wood in far too long but don't recall Jail Bait being mentioned and the film's Wikipedia summation skips right over it too. So why do I bring up Jail Bait today?

Because Jail Bait was the first movie that future Hercules Steve Reeves ever acted in, and it's Steve Reeves' birthday today, that's why! Reeves would be turning 93 if he was still around. I found an interview with the actor from 1994 (right before Ed Wood came out) and this movie came up; here's what Steve had to say:

"The picture was originally called The Hidden Face. It's about a criminal who goes to a plastic surgeon who changes the criminal’s face to resemble his own. Somewhere in the film there was something about 'jail bait,' so they decided the title Jail Bait was more commercial. It was my first film, and I got my Screen Actors Guild card for it.... Wood was a very cooperative guy who let you do things the way you wanted to, and if they weren't quite right he would direct you. But he wasn't the kind of director who was always on you. The shoot lasted two or three weeks for me, off and on. I played a young detective, and I had a suit on at all times. I even had a tie. Only took my shirt off once. Those were the days, huh?"


"I even had a tie." Oh, Steve. You can watch all of Jail Bait right here if you, you know, feel up to it. It's not even an infamously bad Ed Wood movie like Plan 9 From Outer Space so it takes a real adventurer to brave those wilds but I'm sure I've got a few of those around here. Anyway we were just speaking of Steve Reeves a couple of weeks back...
.

.
... when they screened The Giant of Marathon at FSLC for their Jacques Tourneur series, which was a ton of fun. Portions of it were filmed by Mario Bava and they're easy to tell because things go ultra-colorful and hyper-violent all of a sudden. It's a decent sword-n-sandal flick as far as those things go - I'm not the biggest fan of the genre but if you wanna see Steve Reeves in obscenely short skirts wrestling dudes you do what you gotta. (And all of The Giant of Marathon is on Amazon Prime, btw.) But I won't make you go through all that to see some Steve Reeves skin -- all you gotta do is hit the jump for the Total Steve Reeves Birthday Suit Experience... 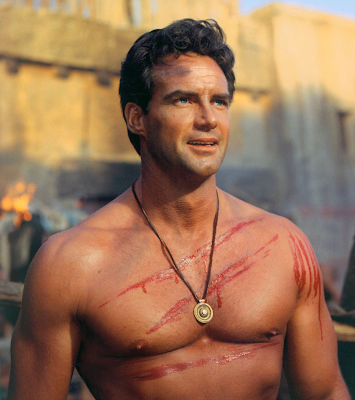 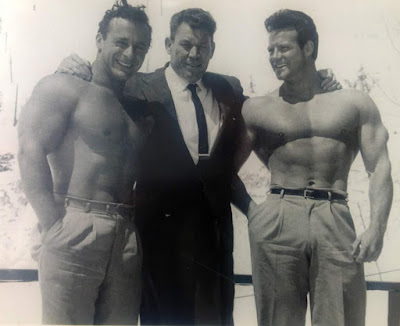 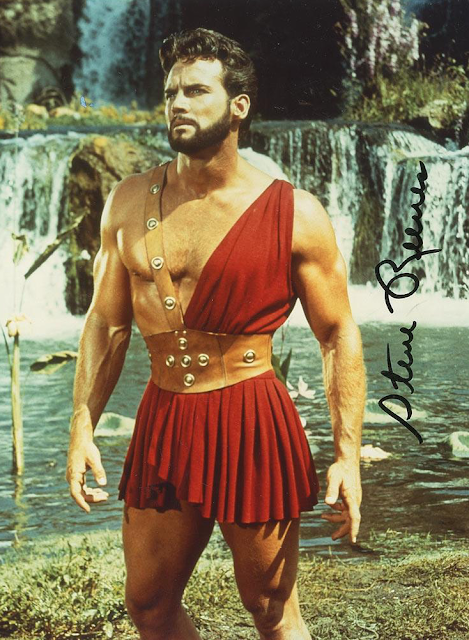 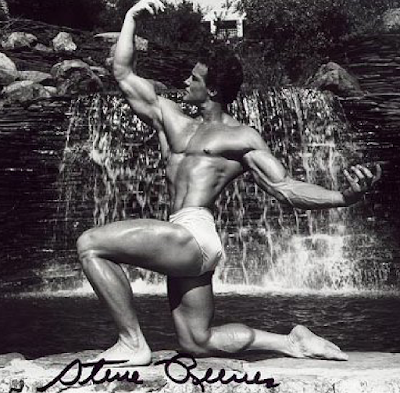 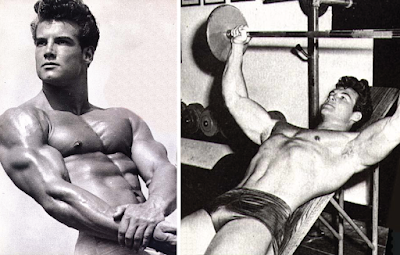 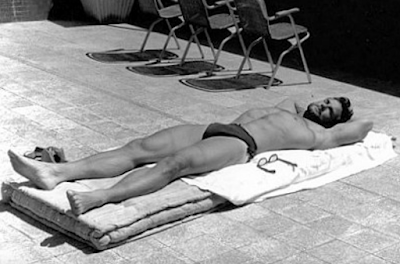 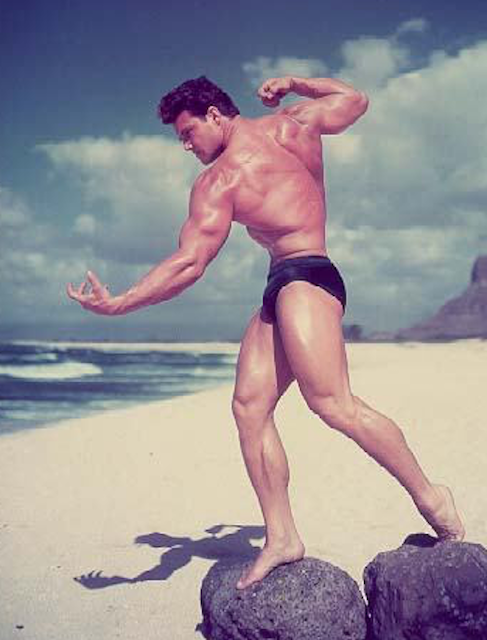 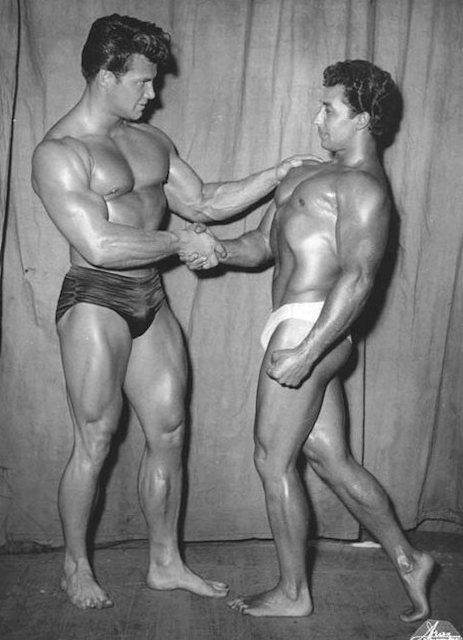 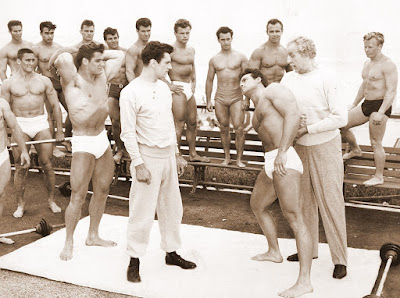 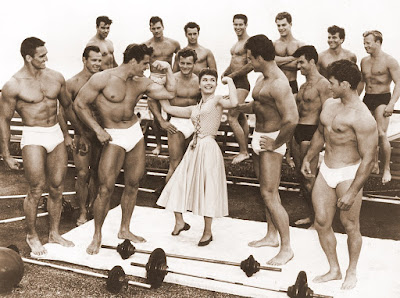 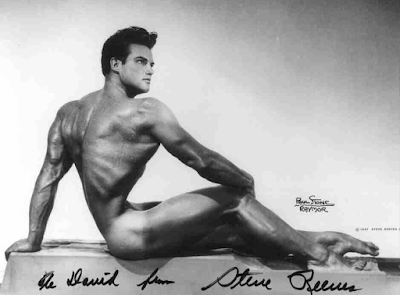 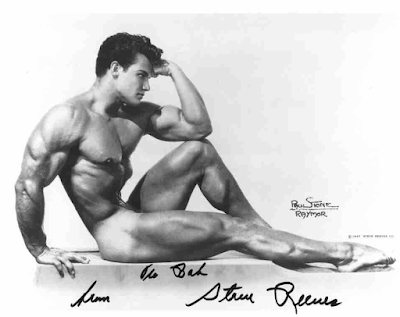 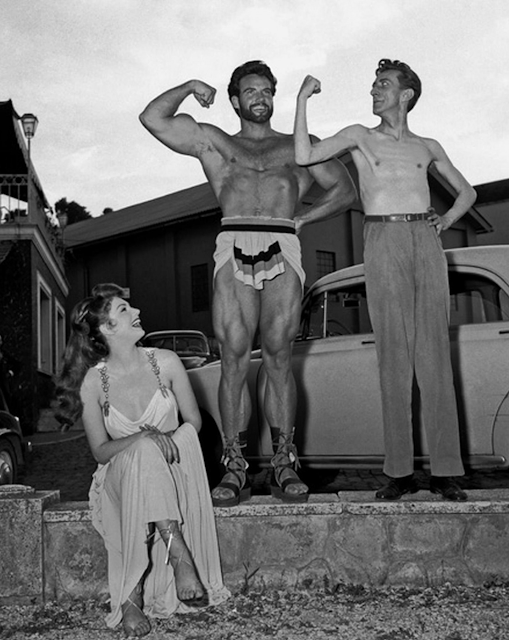