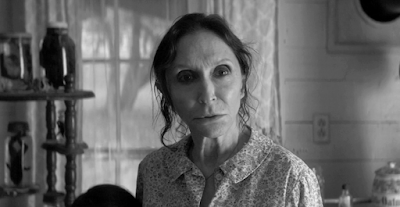 Mother: Loneliness can do strange things to the mind.

Any fans of this strange, haunting, frightening film? I reviewed it right here - even though I haven't seen it in two and a half years I can still conjure up some of its terrifying images at a moment's haste and a shudder runs down my spine. (Especially its opening scenes, which left me shook.) The film's director Nicholas Pesce - who is celebrating a birthday today, holla - has a new film that's just hit streaming called Piercing that stars Mia Wasikowska and Christopher Abbott that I've been wanting to see; I heard mixed things (for one it got dragged for casting white actors in an adaptation of a Murakami book about Japanese people) but the talent is good enough I feel the need to decide for myself. Have any of you watched it yet? 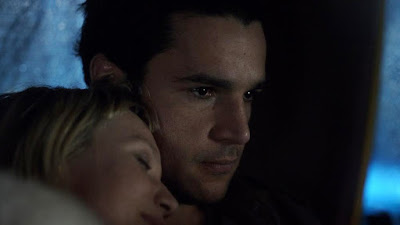 I haven't seen Piercing but I did read it one night. It was one of those books you have to finish in one night. It's as beautifully written and strangely moving and stomach-churn-plus-nightmare-inducing as Audition (maybe a teensy bit more so, even) and I have a difficult time imagining a film version not fucking it up at least a little. Pesce might be the right guy for the job, though, and Wasikowska strikes me as an intriguing choice, too. I'm just not sure if I want to risk my own personal nightmare images getting blunted by what might be an inferior copy, y'know? That book, it's the goods.