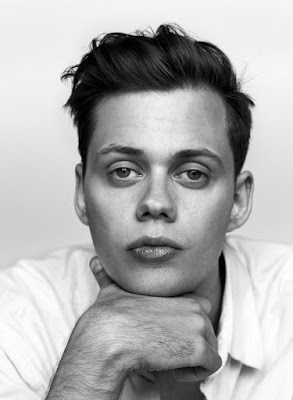 Back in September we told you about The Devil All the Time, a new film from Christine director Antonio Campos (based on a 2012 book by Donald Ray Pollack - anybody read it?) that was going to star Tom Holland, Robert Pattinson, Mia Wasikowska, Chris Evans and Tracy Letts, and we were already pretty psyched about that group of folks being in one place then. Well I guess we weren't the only ones psyched about that crew (a'duh) because today Netflix tweeted that they're the ones producing it, and they added a couple of names to that already stellar cast - namely Bill Skarsgård and the got-heat Eliza Scanlen, aka the teen sister and doll-house-practitioner in Sharp Objects who's also playing Sickly Beth in Greta Gerwig's Little Women. On top of that Netflix also gave us a few more details regarding the plot (for those of us who haven't yet read the book)...
.

Chris Evans, Tom Holland, Robert Pattinson, Bill Skarsgard, Mia Wasikowska, and Eliza Scanlen will star in “The Devil All The Time,” a midwestern gothic involving a serial killer couple, a faith-testing preacher, and a corrupt local sheriff in a story told across two decades pic.twitter.com/C0mMe0y2K7
— See What's Next (@seewhatsnext) January 16, 2019