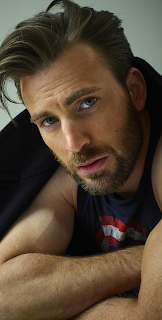 --- Devil Will Care - Since directing the marvelously unnerving Christine (with a marvelous performance from Rebecca Hall at its center) a couple of years ago Antonio Campos has been working on the TV show The Sinner, which I have heard good stuff about but haven't gotten around to. But now he's back to movies, and his new one has lined up a killer cast - The Devil All the Time will star Tom Holland, Robert Pattinson, Mia Wasikowska, Chris Evans and Tracy Letts! Also, Chris Evans is playing an evil sheriff! Holy smokes sign me up.
.
--- And Good Day Mommy - The seriously fucked up 2015 Austiran horror film Goodnight Mommy is apparently getting a remake, which is maybe probably a terrible idea - they're never going to make a movie as fucked up as those Austrians did. Attached to the remake is director Matt Sobel, whose 2015 film called Take Me To the River I have not seen; have you? Anyway I recently told you the Austrian duo of directors behind Goodnight Mommy are working on a US-based movie next starring Riley Keough.
.

--- Wood From Pine - The big news out of Toronto yesterday was just our sort of "big" news - supposedly Chris Pine puts his Captain James T. Kirk on display in Outlaw King, the forthcoming 14th century Scottish battle movie starring him and Aaron Taylor-Johnson. (Previous post here.) Is it too much to ask for a sword-fight between Chris and Aaron then? Should I just be happy with one dick? Never! Never I say! Anyway Empire has a new image from the movie (and no before you ask it is not of his dick), which is out on Netflix (invest in a big screen HD TV stat!) on November 9th.
.
--- Hard Architecture - I guess I won't be seeing former actor Brady Corbet slumming around movie screenings much anymore like I used to, constantly, since he's gone off and become an accomplished director - his first film Childhood of a Leader got good reviews in 2015 and his latest starring Natalie Portman called Vox Lux got raves in Venice. He's just announced his next film and it's centered on one of my favorite subjects - Brutalist Architecture! (No really, I fucking adore Brutalism.) The movie is called, aptly, The Brutalist, and "follows a Hungarian-born Jewish architect in 1947 that emigrates to the United States for a better life; after his initial failures, he finds that the course of his life is changed in his new home." Okay sure, let's see who he gets for the lead.
. 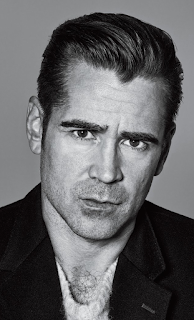 --- The Adam To Her - A few weeks ago there were some claims of hypocrisy being flung at Jessica Chastain (who's been a leading voice among women in Hollywood regarding gender issues) for hiring known spousal abuser Matthew Newton to direct her next movie - well Newton's quietly been fired and The Help's Tate Taylor has taken over the project, which is called Eve and stars Chastain as an assassin. And now comes word that Colin Farrell will star opposite her, which is why I am here even talking about this. Colin will play her boss.
.
--- Dook Dook Dick - But speaking of movies that premiered at Venice recently, I had totally missed that Jennifer Kent's follow-up to The Babadook was playing there! It's called The Nightingale, and we've told you about it several times - it stars Aisling Franciosi from Game of Thrones and Sam Claflin from you know who Sam Claflin is. Anyway the film got some headlines because apparently some asshole in the audience shouted sexist shit about Kent, whose presence there was already somewhat tense because she was the only female director represented at the fest this year. Seriously though, fuck that dude.
.

--- Quite The Sting - There are a lot of killer casts getting announced this week but this one might take the cake - Olivier Assayas next movie is called Wasp Network and it's about Cuban spies and it will star, deep breath Penélope Cruz and Gael García Bernal and Wagner Moura (mmm) and Pedro Pascal and Edgar Ramirez. That's more sex appeal than you can shake a stick at, and given how sexy Assayas movies can often be... well, we will all probably be shaking our sticks at this thing. Just like Edgar Ramirez did in Carlos! Just like that.
.
--- Spice Up Your Life - I was kind of hoping that the second person who'd join the cast of Denis Villenueve's forthcoming Dune adaptation (after Timothée Chalamet in the lead, of course) would be Armie Hammer, because of course I was. But seriously, Armie would make a great Baron Feyd-Rautha Harkonnen, you guys. And I don't say that just because I want to see him rock those little metal-winged-underpants that Sting did in David Lynch's film. (Not just, anyway.) But no the second name attached is Rebecca Ferguson, which is also cool, I liked her a lot in her two Mission Impossible movies. No word on who she's playing. In summation, Timmy is in Toronto right now for Beautiful Boy and is showing off his adorably dorky haircut for The King, which he is on break from filming, and awwww... 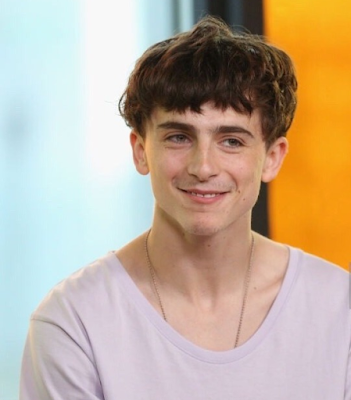 I’ve GOT to find all of the shots of the Chris Evans photoshoot that produced those pics of him in that Cap America shield tee. Always see a new one!

JH -- you inspired me to post them all over on the Tumblr! or all the ones we've seen so far, anyway :)

I kind of sorta of liked Take Me to the River. Or at least I liked the tone and what it was going for. And Logan Miller and Josh Hamilton were good in it. Given the style of that, I can see putting a remake of Goodnight Mommy in that director's hands, if you were going to make such a thing - but I really don't get making such a thing.