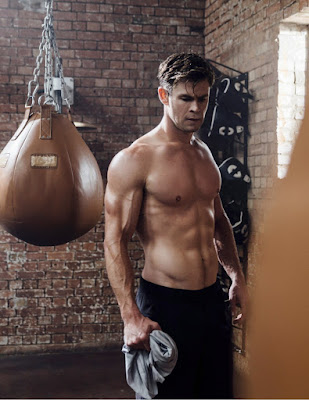 If you were asked to imagine what a "Chris Hemsworth App" would look like I bet your very first thought would be, "An app that's like Grindr but it only connects you for gay sex with Chris Hemsworth any time you want it." But maybe your second thought, if you were capable of having thoughts after you had that thought, would be of a workout app, and that second one is what we've now gotten. It's called Centr, you can check out their website (with plenty of screen-filling sweaty flexing biceps) right here if you like. What I like, me personally, is all of the photographs of Chris Hemsworth's body they've released to convince us this app is worthwhile, and I'm gonna share those after the jump...
. 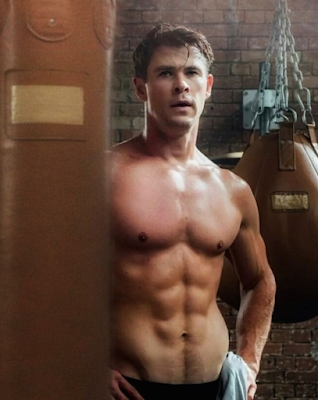 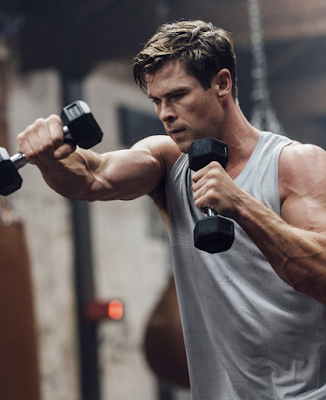 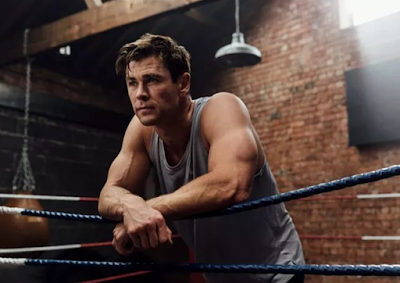 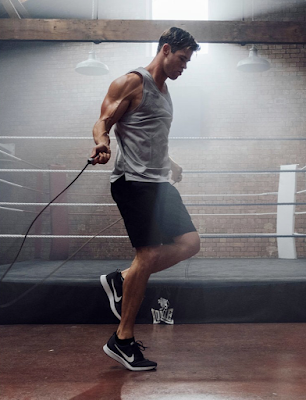 I saw him hawking this on his instagram page, and I was so disheartened. Obviously, he has the bonafides to market a fitness program, but it's just so... This is reality star cash-in shit, Chris. You're a multi-millionaire A-List movie star. This is beneath you.

He is gonna make SO much money, though. And outside of the Marvel movies, his career...? Notsomuch. We'll see with Men in Black but every time he plays somebody Not Thor it's flops-ville. I'm sure he's just looking at his fifty kids and thinking SELL THAT ASS, DADDY