A Weekend in One Chapter 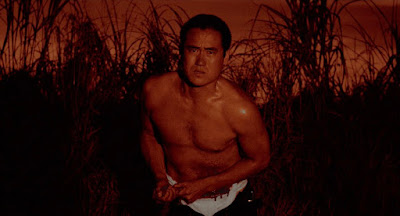 We're in a cinematic dead-zone where nothing new worth seeing is opening in movie theaters here in New York (I know outside of NYC this is also known as "the time when everybody else gets to catch up on the awards-bait that we've already had for weeks") so my only plans for an In Theater Experience this weekend... 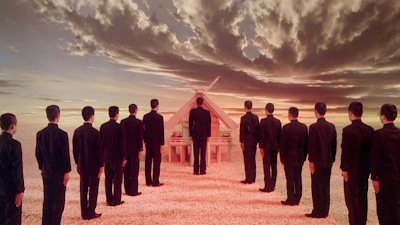 ... is seeing Paul Schrader's 1985 film Mishima: A Life in Four Chapters on the big screen thanks to The Japan Society. Any fans of this film? I saw it once a very long time ago at a too tender age and I don't think I was mentally prepared for it, so I'm looking forward to giving another go - I think a big screen and a rapt audience of fellow cinephiles should be just the trick. 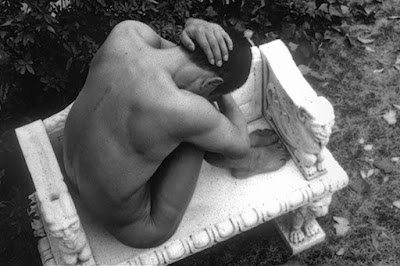 Anyway have a good weekend, everybody!
.
Who? Jason Adams When? 5:30 PM

An absolute must of cinematic beauty, the combination of so many talents, including Eiko Ishioka on production design and Philip Glass on the soundtrack, combine for an unforgettable experience.

I was fortunate enough to originally see this in a theater with a select audience hosted by the Eberts with no expectations. I was completely blown away.

The writing, direction, design, cinematography, sound, and score make this a true masterpiece.

(The writing and direction are particularly amazing considering the restrictions that Mishima's widow placed on the film rights. You can't tell that certain aspects of his life were expressly forbidden.)

I won't say anything more to prevent the spoiling of your experience (and to avoid the perception of stanish behavior). I did end up reading a biography that confirmed the movie was pretty much dead on accurate in depicting Mishima's life. I read several of his novels as well. "Thirst for Love" reminded me of my experience reading "Crime and Punishment" -- it totally puts you in the mind of someone that is suffering emotionally, but you can't stop reading despite the squickiness.

I saw this at Walker Art Center, where it premiered before going into local theaters. Been decades. I will need to see it again!