5 Off My Head: Good Genes 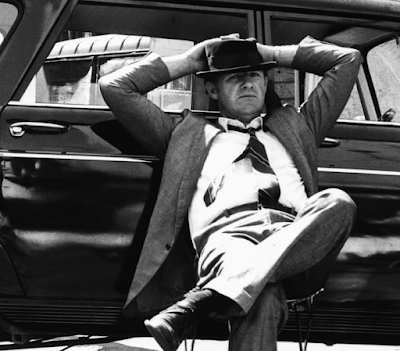 This year marks fifteen whole years since the last time Gene Hackman acted in a film, and I'm pretty sure I've heard the gallant cry, "Don't let his last movie be Mooseport!" for at least ten of those year since. I agree though, that would be a tragedy. That said he's turning 89 today so we really might have to make our peace with that. But who knows? perhaps somebody will coax him out -- the rumor floats every couple of years, anyway. Fingers crossed, but hey Mooseport will never define his legacy -- he's got too many classics for that to be true. On that tip here are five of my favorites! 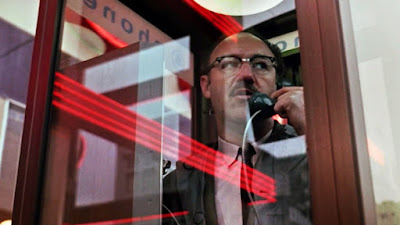 "He'll kill you if he gets a chance. I'm not
afraid of death. I am afraid of murder."

"I'm very sorry for your loss. Your mother
was a terribly attractive woman." 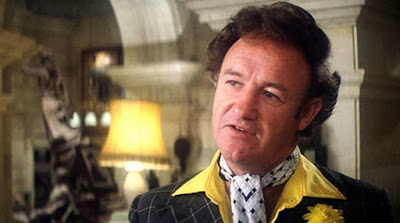 "Some people can read War and Peace and come away
thinking it's a simple adventure story. Others can read
the ingredients on a chewing gum wrapper
and unlock the secrets of the universe." 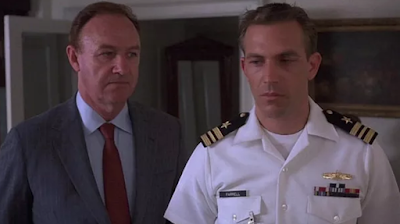 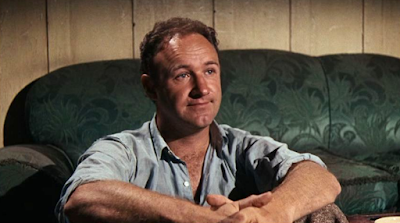 "Hey, you wanna hear a story 'bout this boy? He owned a dairy farm, see. And his ol' Ma, she was kinda sick, you know. And the doctor, he had called him come over, and said, uh, "Uhh listen, your Ma, she's lyin' there, she's just so sick and she's weakly, and uh, uh I want ya to try to persuade her to take a little brandy," you see. Just to pick her spirits up, ya know. And "Ma's a teetotaler," he says. "She wouldn't touch a drop." "Well, I'll tell ya whatcha do, uh," - the doc - "I'll tell ya whatcha do, you bring in a fresh quart of milk every day and you put some brandy in it, see. And see. You try that." So he did. And he doctored it all up with the brandy, fresh milk, and he gave it to his Mom. And she drank a little bit of it, you know. So next day, he brought it in again and she drank a little more, you know. And so they went on that way for the third day and just a little more, and the fourth day, she was, you know, took a little bit more - and then finally, one week later, he gave her the milk and she just drank it down. Boy, she swallowed the whole, whole, whole thing, you know. And she called him over and she said, "Son, whatever you do, don't sell that cow!""

What are your favorite Gene Hackman performances?
.
Who? Jason Adams When? 11:37 AM

I really liked him in Unforgiven. He makes it look so easy, like he's not even acting.
I must confess that I've never seen The Conversation.

He was obviously having so much fun in Superman!

My five though there are many others:

I have a DVD from the Georgia O'Keeffe Museum in Santa Fe, which he narrates, and it's quite nice, but I think I like him best in Young Frankenstein.

Not Poseidon Adventure please. The boat was sinking faster from him chewing on it than the tidal wave.

Hoosiers was great... and we can't forget his role in "Birdcage"

I thought he was an absolute riot in HEARTBREAKERS. Love that movie, as well as Sigourney Weaver and Jennifer Love Hewitt in it as well