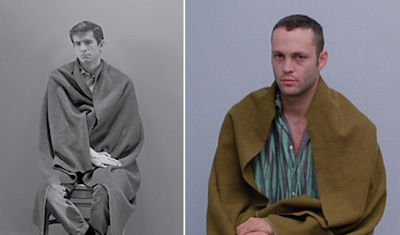 bike trails
.
Today is the 20th anniversary of Gus Van Sant's near-identical remake of Alfred Hitchcock's Psycho, which has remained a fascination ever since -- most people scoff it off as a joke but I think Van Sant made the movies a tad bit more interesting a place with it. And I doubt what Luca Guadagnino just did with Suspiria would've been possible without it. I know some of you would be fine with that being true, but not me! What are your thoughts on the remake? Besides being thankful for the Naked Viggo, I mean...

I mean, for Anne Heche alone I'm still here for it.

You're gonna post that gif without actually showing the Viggo butt? You are a cruel man!

Never seen it and never will. I was irritated at the time, and irritated still at the "shot for shot" nonsense. Let me get this straight-you are PROUD that there is absolutely nothing original in your own artistic work and you are just copying another artist's creation? It's not even offensive, it's so tone deaf.

The Vince Vaughn image would have been immensely improved if Van Sant had made him wear the blanket over his head, completely obscuring his face. In fact, the remake would have been more watchable if Vaughn had been blanketed out through the entire film.

(I'm not in a very good mood this morning.)