It's Knives For Raúl 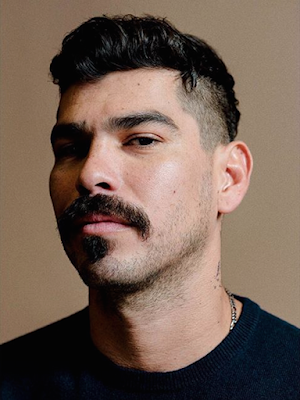 I missed posting this news last week but was reminded that I should post this news today when I saw the above photo of Mr. Raúl Castillo and his Most Marvelous Moustache on his Instagram -- Castillo has joined the cool cast of thousands attached to Brick and The Last Jedi director Rian Johnson's upcoming movie called Knives Out! (Thanks Mac) The (good) Looking star -- who's already had a stellar year thanks to the stellar film We the Animals, which he is stellar in, and which by the way is hitting home video next week! -- will co-star opposite Daniel Craig and Lakeith Stanfield and Chris Evans and Michael Shannon and Jamie Lee fuckin' Curtis, among others. We know very little about Knives Out just now, but Deadline did have this new rumor to share...

"Plot details are still under wraps on the the film. As we previously revealed the film is understood to be a modern day murder mystery in the classic whodunit style. I hear Craig’s detective character is understood to be called Benoit Blanc, which makes him sound like a Frenchman, though that is unconfirmed."

More women in this, please.