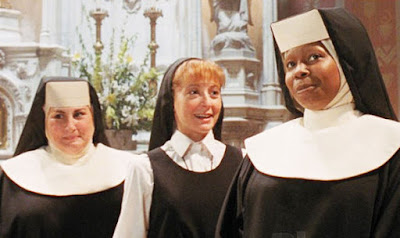 It's possible I've seen Sister Act as many times or more than I've seen most movies, as it was one of my mother's favorite films when I was a kid and she'd slide that old-school video-cassette into the player on a weekly at least basis. So even though it's been going on three decades since then I could probably still recite entire passages from the film - a hefty chunk of my brain remembers the reworked lyrics to "I Will Follow Him" instead of my early teens, and that's just the way I prefer it. A happy 63 to Whoopi today!
.
Who? Jason Adams When? 12:56 PM

More importantly, will we see the Golden Trouser awards this year? :)