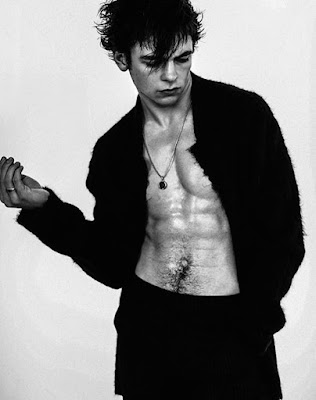 This post started out one way and quickly swerved towards another, so let's go in the order my brain went. The actor Ross Lynch posted these pictures of himself on his Instagram this week...
. 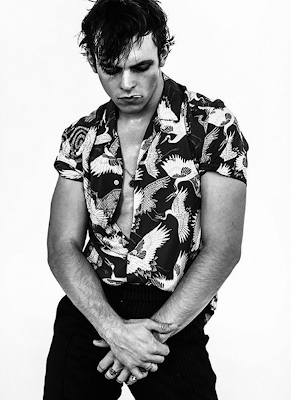 ... which then got me to thinking about how great Ross Lynch was as Young Jeff Dahmer in the 2017 movie My Friend Dahmer. Have you seen that movie yet? Here's my rave review from Tribeca way back when. What if I told you its actual leading man is not a serial killer but is actually his classmate who is played by Alex Wolff... 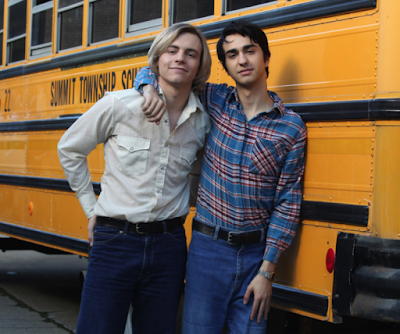 ... who gave one of this year's best performances in Hereditary? Alex Wolff has become a real Scream Queen, hasn't he? One more and he's this gen's Jamie Lee. Anyway My Friend Dahmer has weirdly remained way under the radar for how good it is, which is pretty similar to the last movie to tackle the man -- the 2002 film, just called Dahmer, that starred Jeremy Renner is also seriously underrated. (And you can watch it on Prime right now, btw.)

I guess people just have trouble with this subject? Buncha weirdos. Who doesn't love homosexual cannibalism? Anyway that thought process is where this started, and made me want to ask... 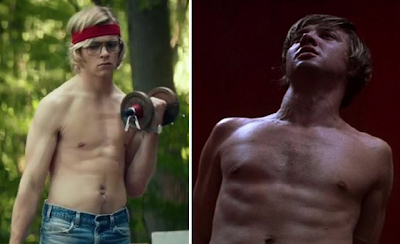 
... that question. But then I got to wondering
what Ross Lynch was up to now, and I discovered... 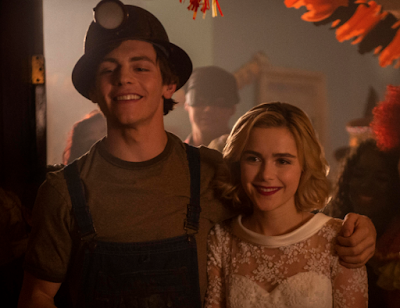 ... that Ross Lynch plays "Harvey" on Netflix's just-dropped Chilling Adventures of Sabrina! I didn't know this! That show (which I haven't watched) was a big subject of conversation at my Vincent Price themed Halloween Dinner Party this past weekend - everyone else had watched the show, and I learned (without learning it was Ross Lynch) that the Harvey character is at once point outfitted...

... in a "Johnny Depp Elm Street Half Shirt" homage, of all things! That's some gumption right there! And so now, after all that, I've obviously got to ask you people a second question too...

Labels: Anatomy IN a Scene, gratuitous, Jeremy Renner, Johnny Depp, Ross Lynch, Which Is Hotter?, Who Wore It Best?

I was wondering the same thing..why is salems character not talking like in the original series...