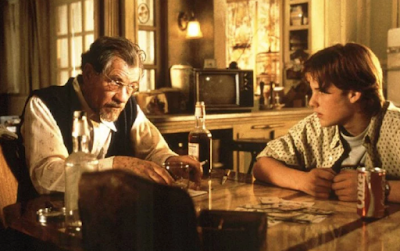 Kurt Dussander: To have someone in your control.
To have them know that they are alive only because you
have not decided to the contrary. Do you have that power?
Ask yourself. It's not an easy question, I think you know that.
Todd: You know this means we're through, don't you?
You won't be seeing me around here anymore.
Kurt Dussander: No. I suppose I won't.
Todd: What are you doing?
Kurt Dussander: This is the end. Here. A drink.
To our lives together. The beginning and the end.
Todd: I think you should fuck yourself.
Kurt Dussander: Oh, my dear boy. Don't you see?
We are fucking each other.

Here on the cusp of Bohemian Rhapsody (more on that shortly, but uhhhh) let's look back at Bryan Singer's Apt Pupil, which came out 20 years ago today (the same day that Gary Ross' grand Pleasantville did, actually) -- it's an adaptation of a short story that Stephen King wrote (with the ominous subtitle "Summer of Corruption") in his really stellar collection called Different Seasons, which also gave us The Shawshank Redemption and Stand By Me. The fourth story in that book called "The Breathing Method" has been slated to get a movie adaptation for several years (I first wrote about it in 2012) from the director of Sinister, and several sites have it listed for 2020 but... I guess we'll see.

This was what Singer chose to follow-up the smash success of The Usual Suspects with - some would say it suffers from sophomore slump (not to mention that it's also been colored by on-set controversy and Singer's extracurricular issues) but I actually like Apt Pupil more than Suspects. For all the latter's iconic Keyser Sozes Suspects loses some oomph once its sleight's laid out, but Pupil has Ian McKellen and Brad Renfro firing on all cylinders dedicated to telling a deeply unsettling story. The Hitch Nerd in me also just gets a kick out of its title... 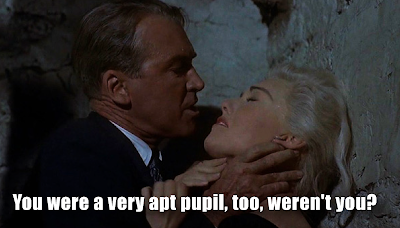