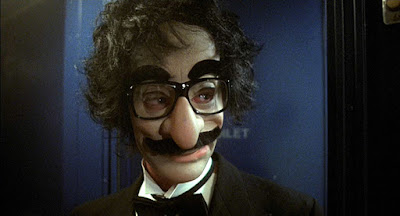 Correct me if I'm wrong but I do believe that the killer Kenny Hampton's "Groucho Marx" mask in 1980's Terror Train is the only slasher mask that's mustachioed? And, uh, I think you can see why. It's not exactly the most chilling look out there. Kenny himself doesn't even sport the look for the entire film - he's offing people at a costume party (set... on a train) and he takes and wears the costumes of each person he kills. I think the "Old Man" mask is actually creepy! 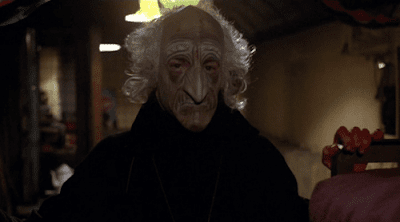 But somehow it's the Groucho mask
that made it onto the Terror Train poster... 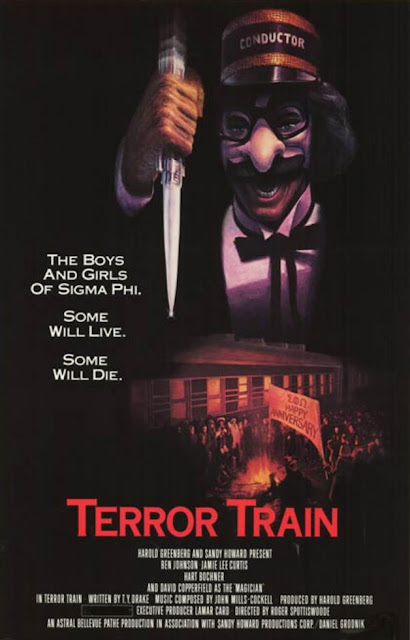 I haven't seen Terror Train in many a moon but I'm feeling the urge to do a Jamie Lee Curtis Horror Movie Marathon what with her triumphant return to the genre that made her famous via this week's latest Halloween movie. So I guess that means there's Terror Train and Prom Night and best of all John Carpenter's The Fog in my direct future! And speaking of... 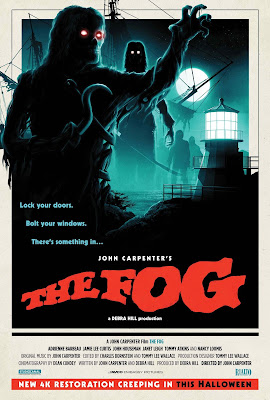 ... hey did you hear that The Fog has gotten a fancy 4K restoration and it's hitting theaters this Friday? Wowza. Here in New York it will play at the Metrograph; you can see a full list of the theaters for the whole country right at this link. And here's a trailer:
.

.
Click here for the rest of our "13 Mustaches of Halloween" series.