If you're feeling up for a really strange and slow but surprising movie to watch this All Hallows Week I've got a good one for you - Aldo Lado's 1971 giallo-of-sorts Short Night of Glass Dolls is streaming on Amazon Prime and it's pretty effing weird! It stars Jean Sorel and his mustache... 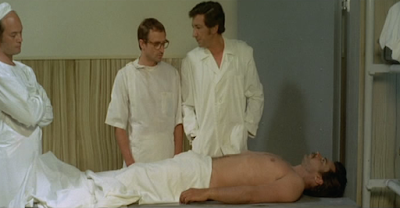 ... as a not-quite-dead man who spends his time on the slab both looking really sexy for being not quite dead as well as having reminisces about the shenanigans that got him into this hella awkward situation.

Big thanks to Garrett for suggesting this choice when we asked on Twitter for reader suggestions! Leaning into giallo films for this series was inevitable - those European Men of the 1970s sure loved their mustaches, and we sure love looking back at them still.

Jean Sorel was still making movies up until two years ago but it looks like he's retired - he had a crazy career though, starring in things like Sidney Lumet's adaptation of A View From the Bridge in 1962, in Luchino Visconti's 1965 film Sandra...
.

.
... (and leave it to Visconti to make him look that gorgeous), he was in The Day of the Jackal in 1973, he was in another giallo of note Lucio Fulci's A Lizard in a Woman's Skin (man they had the greatest titles) which I've posted about before right here, and he played Catherine Deneuve's clueless hot husband in Bunuel's Belle Du Jour... 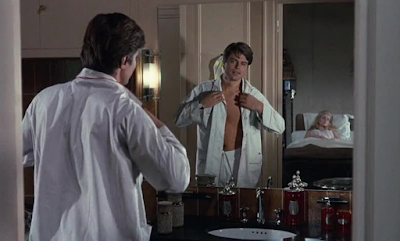 I wonder why we don't hear his name more often?
Justice for Jean Sorel! 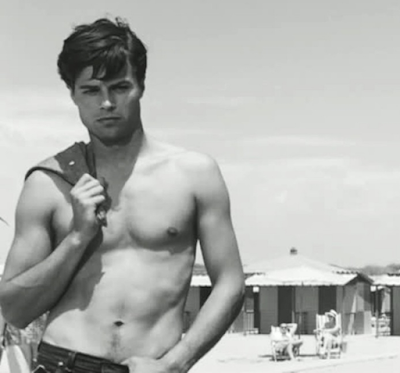 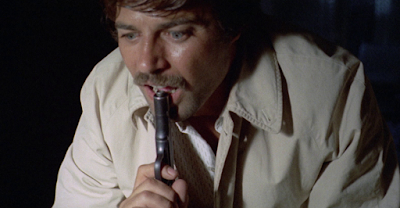 Oh my, Jean Sorel, the most beautiful man on European Cinema with Alain Delon. He was such a delight to behold in Paranoia from Umberto Lenzi, playing in open shirts against Carroll Baker. I simply adore the 70s, Franco Nero, Nino Castelnuovo, Giuliano Gemma, wherever you looked at there was hotness.

His eyes are hypnotizing.

Yes - he's one of my all time favorite actors. Thank you for highlighting him!

If you're a fan, I would also recommend Mauro Bolognini's 'La giornata balorda,' or 'From a Roman Balcony.' An older, better cousin to 'La Notte,' IMO.