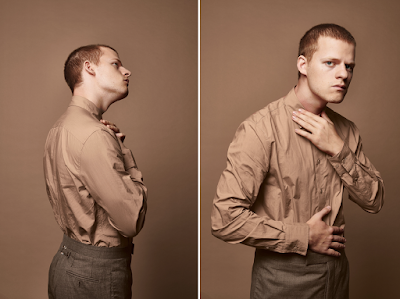 Maybe it's just the fact that Lucas Hedges comes off as so vulnerable in this piece at Vulture but it feels a little gross to separate his quote about his sexuality from the entirety of the piece and just focus on that - invasive, somehow. And yet here we are! He has the gay conversion drama Boy Erased coming out soon and so it's of note, in its little way. I'm not of the mind that actors need to be gay in order to play gay (although I do get the gist of the argument, about openly gay actors needing more chances to show what they can do, too) but all the same I am always curious if they are gay! And so here is what Lucas had to say when the subject comes up at Vulture:

"Hedges knows that since he’s starring in Boy Erased, people will ask him about his own sexuality. “I owe it to this part to speak as honestly as possible,” he says. “In the early stages of my life, some of the people I was most infatuated with were my closest male friends. That was the case through high school, and I think I was always aware that while for the most part I was attracted to women, I existed on a spectrum.”
He remembers a sixth-grade health teacher describing sexuality as a broad range where many people may fall in some difficult-to-define space between straight and gay. “I felt ashamed that I wasn’t 100 percent, because it was clear that one side of sexuality presents issues, and the other doesn’t as much,” he says. “I recognize myself as existing on that spectrum: Not totally straight, but also not gay and not necessarily bisexual.”
Hedges envies people who can speak about such things with more certainty. “People expect you as an actor to have a voice that’s set in some way, and that’s really not what I am,” he says. “I’m very much within the conflict and confusion of my own life, still, and I definitely feel a pressure to step up in a way. I prefer to step up in my art, and I don’t entirely know how to in my life.”"


I know it's not up to me to out a label on him and this is probably going to make me sound every year of my age but I really don't see what the problem is with the word "bisexual." It's a perfectly fine word, and describes a perfectly reasonable thing (a great one, even!) to be, and that seems to me to be exactly what he is describing? But I guess it'd be exhausting, being described as Bisexual Lucas Hedges from here on out, like that's your new first name. So be whatever you wanna be, Lucas. I'll keep watching you be it. 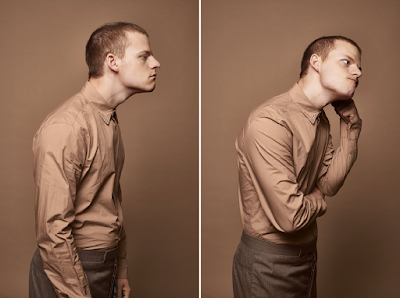 I am gonna speak for myself, and I get 100 hundred percent what Lucas Hedges says. I fucked boys and girls, and I liked both. But I don't entirely feel open to men as I am to women, emotionally. To a point that I dont see myself having relationships with men. And that makes me not feel entirely comfortable with the label bisexual, as I am not comfortable with the label straight also.

Its a strange thing. Bisexuals claim that bisexuality is not a state of confusion. But there is a confusion for many bisexuals (me included) who dont find a word to express what they feel inside.

I am not an english native speaker, and I feel I did not get my opinion well written. Hope you can feel the confusion.

Thanks for explaining that, Pedro. Much appreciated. :)

Opinion seems to be divided about this rising young actor. Folks who don't like him believe he owes his almost it-boy status to his screenwriter/director father's connections in film and theater. That allegedly gave him opportunities greater than his modest abilities would otherwise warrant, and he's nothing special. Folks who do like him, me included, see a true, budding greatness in embryo. He's demonstrated skill and sensitivity in Manchester by the Sea and Ladybird among others. I see a talent that deserves to flourish, and it doesn't surprise me that he doesn't want to get labeled by the usual speculation. I hope he keeps making good choices, doing good work, and becomes a big star.

I'm not totally sure bisexual applies here, though. He says "infatuated" which could have a sexual aspect to it, but it could also not, and that's what's confusing to him about it.

But also, I think some people - including some bisexuals - think "bisexual" means "being totally, 100% equally attracted to men and women sexually and romantically" and it really doesn't. If you fuck both men and women but only want relationships with women? That's cool, but you're still bisexual. If that label doesn't feel right to you, then fine, I get it. But the term isn't nearly as narrow as some people think it is (or want it to be).