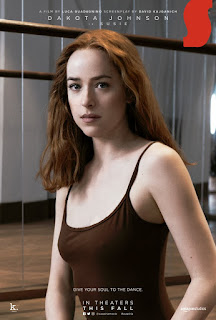 Luca Guadanino's remake of Suspiria debuts in just a couple of days at the Venice Film Festival and so they're ramping up the PR stuff - we got a new trailer last week (which I refuse to watch but you can watch it right here if you're weak, a weak person) and today a nice chat with Luca in The Hollywood Reporter's appeared, read it here. He's got his salesman hat on, which you might recall from last year's endless CMBYN rounds he wears well, and so he says stuff like "this movie will paralyze you from the neck down" or whatever, but I was more interested in the bit about his visual choices for the movie, which represent a 180 from the original film:

"For me, I always think of the setting of the story before I decide anything about the light and the color of my films. And this is a movie about Berlin, 1977, a country that is almost on the verge of civil war, where there is a great generational divide, where the horrors of the past are confronted by the urgency and the violence of the present, a period that was called the German Autumn. We started to see the pictures of the time, and in particular the wonderful lesson of [cinematographer] Michael Ballhaus in the films of Rainer Fassbinder. And we started to think of how a great painter like Balthus created such uncanny eeriness and fear in his amazing paintings. And that led me, my production designer Inbal Weinberg, my costume designer Giulia Piersanti and the director of photography Sayombhu Mukdeeprom to go for browns and blacks and blues and greens, all muted and juxtaposed, so that we could in a way encompass this idea of a German Autumn. That’s why the colors are not primary. They do not pop at you. I hope that they infiltrate you and they go deep into you."

For reference here's some brown Fassbinder: 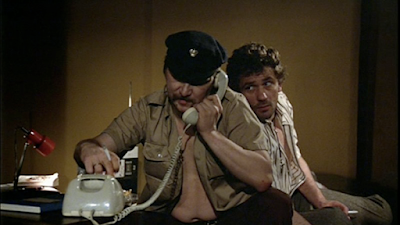 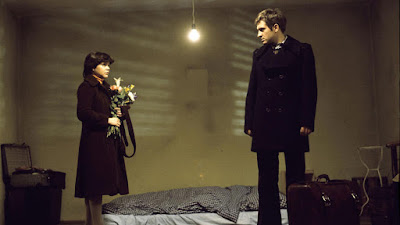 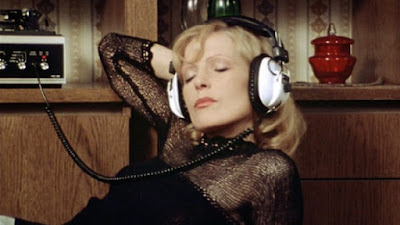 And a Balthus panting: 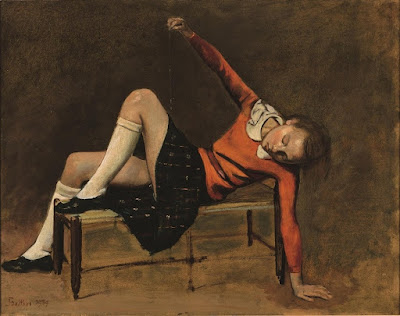 Those all seem in keeping with the colors I saw in the first trailer (aka the one I actually watched). Anyway in related news the release date for Suspiria got moved up one week for us lucky folks in NYC and Los Angeles - it'll be out here on October 26th, meaning we'll have it for Halloween, hooray! In summation:
.

I posted this shot on Instagram this weekend that I took of a stranger in Central Park and everybody rightly pointed out how ELIO it is so I figured I should also share it with you Twitter People too. Later! #CallMeByYourName pic.twitter.com/egeZOsyg77
— Jason Adams (@JAMNPP) August 27, 2018

It's just comforting to read how meticulous and well thought-out Guadagnino's work on Suspiria has been, that someone with his artistry is doing this (and not some hacky Platinum Dunes type asshole). I'm so excited to see this!!