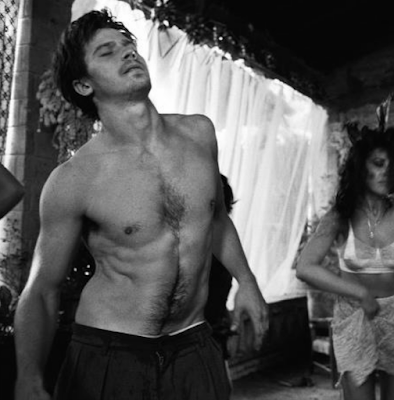 The 2012 film version of On the Road starring Garrett Hedlund and Sam Riley and Kristen Stewart seems as if it's been kind of forgotten, but I recall thinking it was pretty good (here's my review) and Hedlund in particular. Now that he's being taken more seriously than just as a pretty boy (mostly thanks to Mudbound but the forthcoming Burden is supposed to seal that deal if the Sundance buzz is on point) perhaps the world should reassess? Not that the "pretty boy" part of the equation doesn't factor in here obviously, given I'm sharing these set photographs of him half-naked (click 'em to embiggen) that I'd never seen until yesterday... 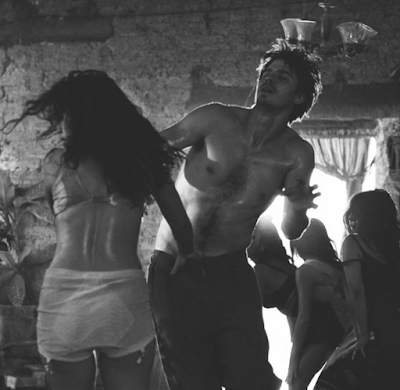 But still. Boy's got talent, and this movie's worthy of another look, I think. Kristen Stewart, Kirtsen Dunst, Viggo Mortensen, Viggo Mortensen's Penis, Amy Adams, Gay Tom Sturridge... they all agree. Anyway I had Hedlund on my mind thanks to Vulture, which shared this new short film from Take Shelter director Jeff Nichols which stars Garrett alongside Michael Shannon and Scoot McNairy and I suppose I should just shut up now because obviously you're already gone having clicked on the link to watch a short film with all those names attached, as well you oughta... wait, don't go! I will post the movie here for you...
.
.
Who? Jason Adams When? 12:20 PM