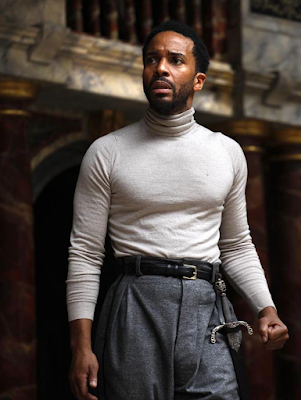 Earlier this summer the Shakespeare in the Park bunch here in New York put on Othello with Chukwudi Iwuji in the lead and Corey Stoll rocking some swoon-worthy (and sweaty) leather drawers in the Iago role - far be it from the Globe theater in London to get left behind though, for they're currently staging the same show and they've gone and put dreamy André Holland (who is currently rocking it on TV in Castle Rock as well) in an outfit of pure sex all their own. 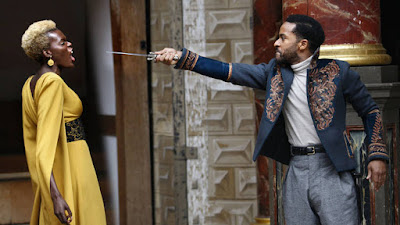 Is this the first time a turtleneck's been referred to as "pure sex" in the history of the world? I don't know but André is making it happen. He's also rocking a pretty swank embellished military jacket - there's a whole collection of pictures from the show right here (the costumes are kinda nuts, especially the women's, you should check them out) and a round-up of reviews for the show can be found at Playbill. Somebody fly me to London for this, please... 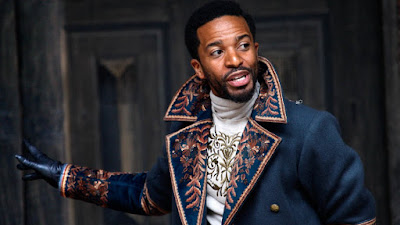 Just to make you sick, I have tickets for the London show. Come and stay! We can obsess about CMBYN and talk costume design 😊