Oh Wait I Spoke Too Soon 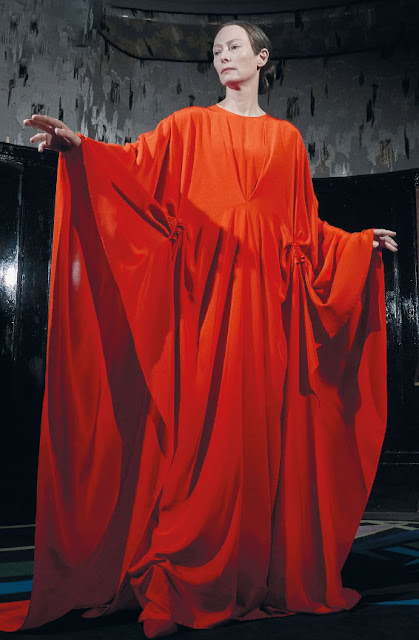 I just called the shirtless picture of Shia LaBeouf in The Tax Collector today's "Pic of the Day" but then about five seconds after I posted that I saw this new picture of TIlda Swinton in costume in Luca Guadagnino's Suspiria remake and uh I need to reassess. Hopefully this means that the Academy might see fit to right last year's snub for costume designer Giulia Piersanti, whose Call Me By Your Name short-shorts should've strutted off with that statue - throwing Tilda in an orange goddess caftan is eye-catching in the big sort of ways they appreciate. Oh and speaking of eye-catching then there's the other new image released this weekend...
.

Give your soul to the dance. #Suspiria pic.twitter.com/EIvfDKljJ0
— Suspiria (@suspiriamovie) August 10, 2018