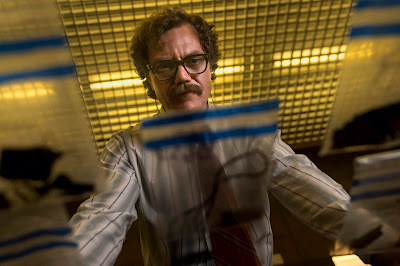 That is how many days you have until Park Chan-wook's miniseries adaptation of John le Carré's book The Little Drummer Girl starring Florence Pugh (as the girl in question) opposite Michael Shannon (as the mustache seen above in question) and Alexander Skarsgard (as the gams in question) premieres on AMC. If you don't feel like getting out a paper calendar and putting a big red X across ninety days to figure that out it premieres on November 19th, and the six part series will then run two hours a night for three nights in a row through the 21st, aka Thanksgiving Eve. Let's hope the only turkey we get that week's on the dinner table, wokka wokka. (thx Mac) 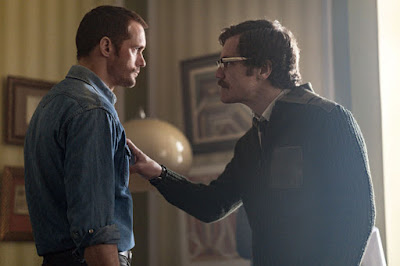 Look, I love Shannon, he's a great actor, but if he's playing the villain in this I'm not sure I can watch it. It's just getting too repetitive. He can do other roles, Hollywood! Really, he can! He's like an actor that way!