We Need To Talk About Buffy 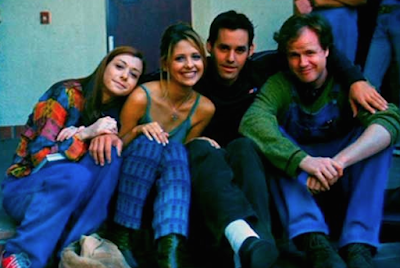 I'm sure all you fine people read the news over the weekend that Buffy the Vampire Slayer, one of our most seminal shows, is getting the reboot treatment - Joss Whedon is involved as an Executive Producer but as far as we know all that means is his name will be slapped on the credits for legal purposes and also to keep the original show's fans from freaking the fuck out. Sure sure they say he's working with the reboot's showrunner-to-be - Monica Owusu-Breen, who's worked on almost all the big geek properties of the past two decades from Charmed to Alias to Lost to Fringe, but most recently she was responsible for Midnight, Texas, which I never watched but I did admire from afar its determination to get Francois Arnaud in his underpants...

... and I could see that instinct serving her well in the future on any projects. Anyway I'm sure you can sense my TONE here - I definitely have a tone and it's clearly one of skepticism. We're still unsure how rebooty - we are talking about Buffy so excuse me if I start adding "y"'s to the end of random words - it is what we're talking about here. Are they totally throwing out all of Buffy, or will this take place in the same world, just years later? The world of Buffy brings a lot of baggage, especially after the series finale's happenings, I get it. But casting a new girl as Buffy? Just drive a stake in the poor girl's heart and get it done with. 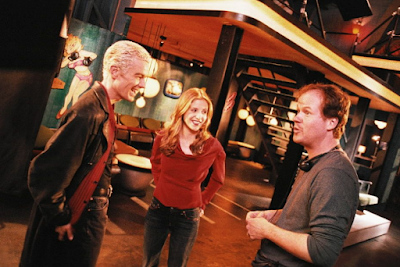 I think it's a total new show - with the same characters. You know, they are making her African American, so bring it on! NOT. Leave certain properties ALONE!

I'm with you... I have no desire to return to Sunnydale...especially since Sunnydale was decimated. I would LOVE to return to Willow's world, though. A show focused on Willow as the the world's most powerful wiccan...I'm in.

Just, no. Some classics should just be left alone.

This unhappy news reminds me of another terrible idea: Did that remake of the equally-classic "Heathers", with the nausea-inducing trailer, ever actually air?

Nope. No. Nada. Buffy is SMG. No one else can do it justice.

Can't understand the need to reboot Buffy as a black girl when they can just make the black girl a totally new lead slayer set in that same universe years later? Just don't call it Buffy.

Make buffy a gay man and call it Poofy.

No. Black women don't need sloppy seconds. Develop an original show starring a black woman instead. You know, like you did for Buffy (yes, it was based on the movie, but you know what I mean).