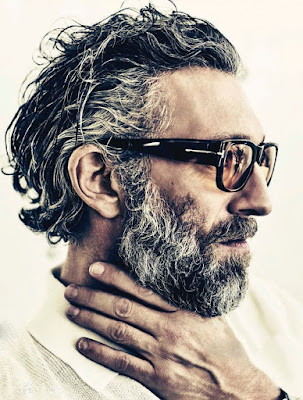 Last year I covered the Fantasia International Film Festival for the first time, and it's that time of year again - the festival opens tomorrow in Montreal and runs through August 2nd and I'll be reviewing some films (from my perch here in NYC thanks to the magical invention called The Internet) both here and over at The Film Experience, so stay tuned. But speaking of if you head over to TFE now I've written up a list of several movies I'm pretty excited about seeing, which include one that funny enough stars our well-bearded fella seen up, top, Vincent Cassel. It's called Fleuve Noir, and here's it's International (aka it's in French) trailer:
.


.
Fleuve Noir is the first film from director Erick Zonca since Tilda Swinton kicked all our asses in 2008's Julia, and that's enough to get me excited on its own - add Vinnie & Romain Duris having a competition to see who can rock the bushiest beard in a crime-thriller and I'm basically leaking enthusiasm from all my ports.

That movie (which is actually out in France next week, by the way) is just one of dozens that I want to see though - head over to Fantasia's website and check out the whole schedule; it's pretty insanely stacked with genre movies that sound nuts or awesome or nuts and awesome. So stay tuned! And until then I wouldn't be me if I didn't note that bless the French with their trailers that have obscured flashes of full-frontal nudity in them -- hit the jump for a couple of gifs...