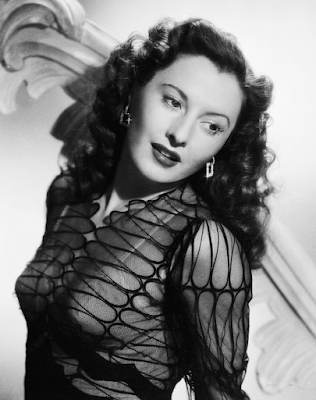 It's the 111th anniversary of the magnificent Barbara Stanwyck's birth - y'all are fans right? if you're not a fan you must leave this place and never ever return! She's my favorite classic Hollywood actress by big leaps and bounds, I will watch sit through any crap she acted in and I will inevitably end up enjoying every last drop last to her steely sweetness. She just makes me smile, no matter what she's doing. She is magic. I just got sucked into Meet John Doe for the seventh time this weekend on TCM, even though I think it's a huge schmaltz-fest, because who the hell can deny her plus Gary Cooper? 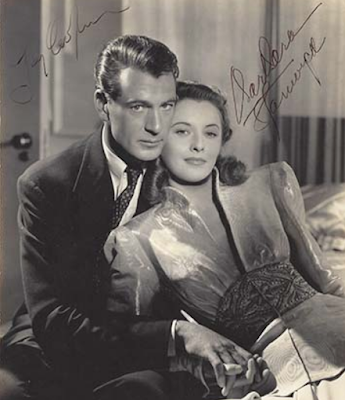 But we're not here for Meet John Doe - over at The Film Experience this week's "Beauty vs Beast" is tackling what's probably her most famous role, that of the manipulative femme fatale in Billy Wilder's Double Indemnity. She will probably stomp poor Fred MacMurray to dust, contest-wise, but shouldn't that be the case? As is and will ever be? We're all rotten, so let's be rotten together...

You have exquisite taste! Missy is MY FAVORITE ACTRESS OF ALL TIME! I adore everything she has done: I even worship those horrible made for TV movies she did in the '70s: A Taste of Evil and The House that Would Not Die! Well said: Stanwyck is MAGIC!

I'm a huge fan as well though she isn't my all-time fave-that would be Linda Darnell-but she's right near the top slugging it out with Susan Hayward, Ida Lupino, Thelma Ritter, Gloria Grahame, Maggie Sullavan and Eve Arden for the second spot.

Fortunately hers is one of the more accessible filmographies of those classic film ladies and I managed to wrap it up last year when I finally caught up with The Miracle Woman (a flawed but fascinating film). Meet John Doe does have more than its share of schmaltz but she, Coop and Edward Arnold make it watchable-though I doubt I could make it through seven times!

I could, and obviously did, watch her in anything (even A Message to Garcia where as Senorita Raphaelita Maderos she's supposed to be a Cuban mercenary!!!) but this is a random assortment of films of hers that I really enjoyed:

The Bitter Tea of General Yen (such a strange film)

My Reputation (her own personal favorite of her films)

The File on Thelma Jordan

Titanic (Clifton Webb, Thelma Ritter and she all in one film!!)

And I positively lived for reruns of The Big Valley when I was a kid! I'd sit and do my homework and watch her kick butt every weekday. Where the hell did she get a leather slack suit in 1860's Stockton, California?

She was really spectacular. Christmas in Connecticut is an annual watch for me, and The Lady Eve, Sorry, Wrong Number and Ball of Fire are all amazing. Love her, and the legacy she left behind.