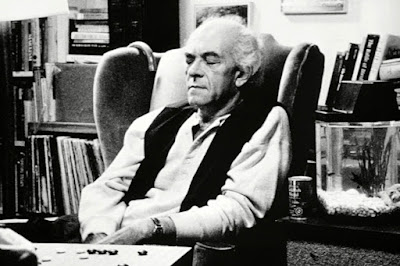 SoSol: Have you met Archimedes? The one with the black spots, you see? You remember Archimedes of Syracuse, eh? The king asks Archimedes to determine if a present he's received is actually solid gold. Unsolved problem at the time. It tortures the great Greek mathematician for weeks - insomnia haunts him and he twists and turns in his bed for nights on end. Finally, his equally exhausted wife - she's forced to share a bed with this genius - convinces him to take a bath to relax. While he's entering the tub, Archimedes notices the bath water rise. Displacement, a way to determine volume, and that's a way to determine density - weight over volume. And thus, Archimedes solves the problem. He screams "Eureka" and he is so overwhelmed he runs dripping naked through the streets to the king's palace to report his discovery.

Darren Aronofsky's Pi came out on this day twenty years ago today - I've only seen it once and I wasn't really a fan when I did; it wasn't until Aronofsky put out Requiem For a Dream after that that I became a fan. I should probably give Pi another chance? Truth be told mathematical puzzle box movies aren't really my cuppa - I don't feel much affection for Primer or more recently things like Inception or The Endless, which would fit under this umbrella, either. But all these movies sure do make their respective directors beloved Straight Dude figures, don't they? Anyway that said I've loved everything Aronofsky's done post-Pi so I need to give Pi another chance. Give Pi a Chance! Any fans? 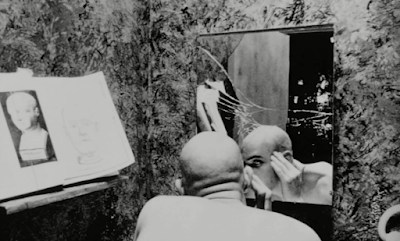