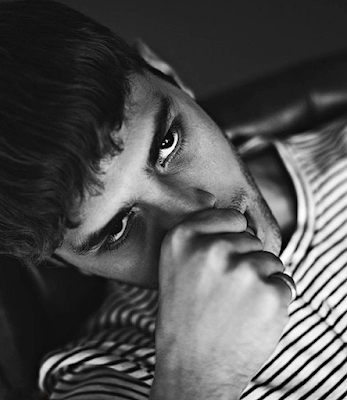 Last August my friend Tom Blunt wrote a gorgeous piece about a deeply disturbing scene in Stephen King's book It where the townspeople of Derry, their minds long poisoned by the ancient evil that pollutes the place and which brought Pennywise along, lose their minds to homophobia and brutally bash a gay man named Adrian Mellon. I can't recommend Tom's piece highly enough - go read it right now. Anyway his main point was that it'd be a crime to slash this sub-plot from the movie version... and now we know they won't be, that the chapter about Mellon will be shot, and that it will star Xavier Dolan in the role!

Dolan isn't that left-field a choice, seeing as how 1) he's gone on the record as a massive fan of the 2017 movie, and 2) he's worked with It: Chapter Two's big star Jessica Chastain (she's playing the adult version of Beverly, the lone girl in the Loser's Club) - Chastain acted in Dolan's not-yet-released film The Death and Life of John F. Donovan... although Dolan recently admitted that Chastain's role ended up on the cutting room floor as he shaped the movie in the editing room. Well let's hope this isn't all a revenge scheme by Chastain where Dolan films this and it ends up getting cut, then! 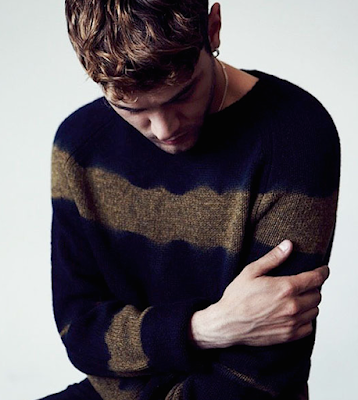 Maybe, as that article argued, it is important for non-LGBTQIA+ individuals to see the true horror of that scene as a way for them to understand the fear that us LGBTQIA+ individuals still face to this day. But personally, I've MORE than met my quota on gay-bashing scenes and rape scenes and death scenes. I didn't love Chapter One of "It" as much as I wanted to and while I do love the casting for Chapter Two (though Amy Adams should be playing adult Beverly since Sophia Lillis looks JUST like she does and is even playing a younger her in "Sharp Objects), I'm probably gonna skip it.

On the one hand, I'm glad they're not shying away from the homophobia. On the other hand, is there any other gay character in the movie? Do any of the kids grow up to be gay? If there's just one gay character, and and it's a small part so we barely get to know him before he's bashed, then it feels pretty retro (and not in a good way) to have one minor tragic gay man and that's it.

Didn't the sickly momma's boy end up gay in the 1990 version. I can't remember, he was very swishy so I just assumed.

If memory servers me right, according to Stephen King the gay-bashing scene was based on an IRL incident and was the main inspiration for the story. (What could be the source of evil that would cause such a hideous occurrence in his beloved Maine?)