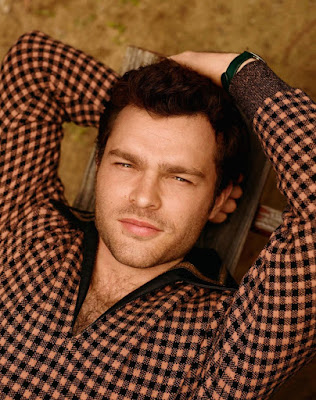 I thought Solo was fine. Totally... fine. Didn't you? I haven't been able to muster up the energy to review a Star Wars movie in years - they don't really inspire much of an opinion in me either way. I've never been a nut for the franchise - I was born the year the first one came out and didn't see them until I was a teenager - and as a whole they're fun, junky eye-candy, but they don't really inspire a burning world of passion in my gut. (Good grief, I make enthusiasm sound like indigestion.) 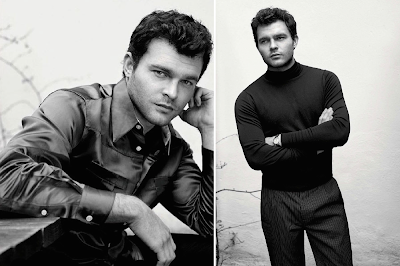 Anyway Solo... it was fine. It's a Ron Howard movie, for god's sake - the fact that it is "fine" is an accomplishment on its own. The best thing about it was its cast, and the fact that Alden Ehrenreich managed to not humiliate himself was plenty. I hope its flop status isn't held against him - he's not the problem. Alden is never the problem. So let's keep that in mind as we peruse the rest of this GQ Germany photo-shoot after the jump... 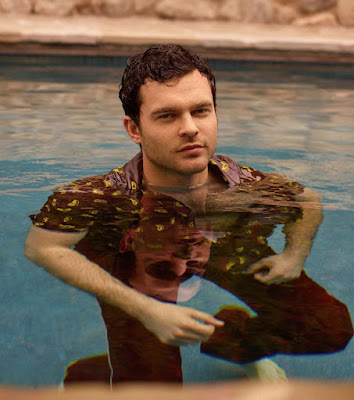 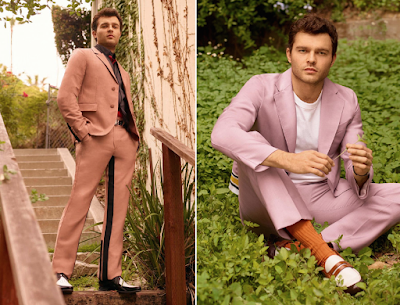 Solo was fine. But how many of these freakin' movies are we supposed to get excited about?? Every weekend there is a new superhero movie ad nauseam! Hoping to cash in and have a Star Wars movie every year is just GREEDY and unnecessary. How can we miss you, when you never go away?? Disney is just looking to wring every last dollar out of any idea. It's not about quality but quantity. The House of the Mouse must be stopped!! And BTW: Ehrenreich is AH-DORABLE!

So you're 40? I am in the supposedly minority that is a fan of the prequels. Haven't watched the originals or the new ones but completely obsessed with the world of the prequels. Also Hayden Christensen was way more attractive that John Boyega or Alden Ehrenreich.