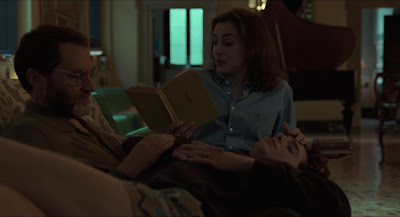 Annella: A handsome young knight is madly in love with a princess, and she too is in love with him, though she seems not to be entirely aware of it. Despite the friendship - freundschaft - that blossoms between them, or perhaps because of that very friendship, the young knight finds himself so humbled and speechless that he is totally unable to bring up the subject of his love. Until one day he asks the princess point-blank: Is it better to speak or to die?

A very very very very happy 47th birthday to Amira Casar today, whose performance in Call Me By Your Name might not have gotten awards attention but that's just because awards attention is small-minded and dumb. She brings so much to the role of Elio's mother that the film and its desperately clingy power is totally unimaginable without her haunting every corner of its every nook. Here's a piece where I talk a little bit about her work in the film - she also figures heavily into my great big essay on the film from last November. And I could write a thousand, ten thousand, more words. Hell I could write an essay on this look alone: 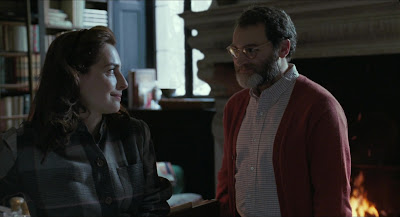 What is your favorite Annella moment in the film?
.
Who? Jason Adams When? 12:11 PM

When they’re in the car returning from the train station and Elio is broken hearted.
She just reaches across the car seat to him without saying anything but we feel her love and her knowledge of his pain. She says
Nothing but her face says everything.