S Is For Suspiria 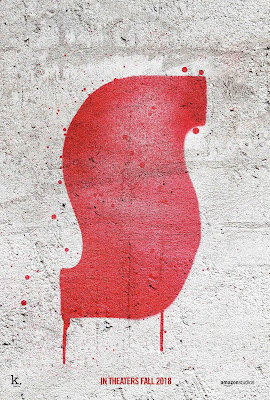 I had to stop reading tweets out of the Suspiria remake's CinemaCon presentation yesterday after about ten seconds because I didn't want to hear anymore details about specific footage until i saw it all myself, but the general vibe sounds super grotesque, like director Luca Guadagnino really fucking went for it, and about that I am a happy happy clam. Anyway that above is the teaser poster - no word on when we're seeing a trailer yet but t.he movie has a Twitter account now so follow them here and we'll all be the first to see the trailer together!
.

.
In related news the Metrograph movie theater here in NYC has announced they're doing a Dario Argento series in June, and apparently the man himself is going to be there for some screenings! OHHHH MYYYY GODDDD. It's also a really fantastic choice of films from the director - I love that they're showing The Stendhal Syndrome for one, and not just because of how brain-scorchingly dirty-hot Thomas Kretschmann is in it... not just, I said.
.

All of my immediate future plans are as of now cancelled so I can refresh @MetrographNYC every five seconds until tickets for their DARIO ARGENTO series go on sale pic.twitter.com/DMVeGMN5bT
— Jason Adams (@JAMNPP) April 26, 2018