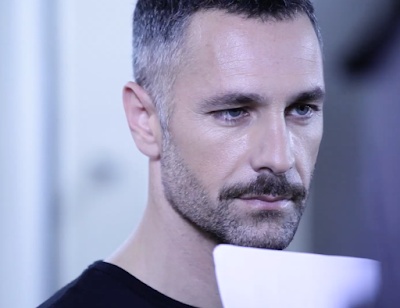 This news is not new news, it's several months old, but we'll take any Raoul Bova news we can scrounge up whenever we can scrounge it - back in August the Italian Rapscallion that we've been keen on ever since Under the Tuscan Sun signed on to play the Pope (circa 15th century) in the second season of the Netflix series Medici: Masters of Florence. Hot Popes are all the rage these days! Medici is that show that got Richard Madden's Bum out back in November of 2016, you may recall (that's how I keep track of all these shows anyway) - the second season is set 20 years after the first and will be about Richard Madden's grandsons, who will be played by Bradley James and Daniel Sharman... 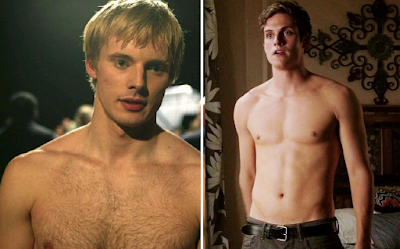 ... in other words this is another one of those period piece TV shows, a la The Tudors or The Borgias, that are all about a monstrously gorgeous bunch of young men wearing great big flouffy outfits. But hey those sorta show brought us Henry Cavill & Oliver Jackson Cohen & François Arnaud so s'good with me! Also cast for the second season of the show - Sean Bean and Julian Sands! Gosh! No word on when it will air, but it's supposed to be this year.
.
Who? Jason Adams When? 3:46 PM