To All the Peaches I've Loved Before 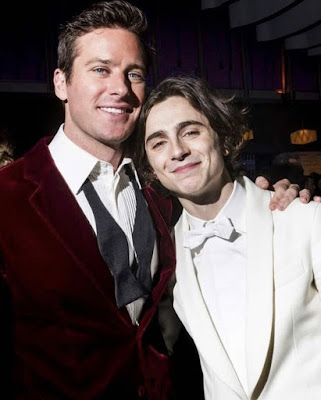 It's tempting to write something about the end of Call Me By Your Name's year-long awards run here in the wake of last night's Academy Awards, as if it marks some sort of door-closing, but I sure don't feel that way - the Oscars are one night but Call Me By Your Name is forever. (Cue exasperated sighs from people hoping this might mean I might shut up about the movie now.) Next week's blu-ray release feels more like a dividing line, especially since I have a feeling that the Paris Theater in NYC will finally be ending the movie's months long run this Friday. (Might I sneak in to see it on the big screen a sixteenth and final time? It suuuure is tempting.) 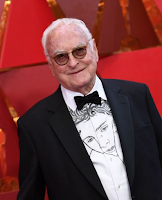 Luca's keeping hope alive for the sequel, so we'll surely keep our eyes and fingertips trained on any news of that kind, but I imagine we'll start focusing more on everybody's next projects - Suspiria in October and the about to shoot Rio with Jake Gyllenhaal for Luca, Timmy's Shakespeare movie and Armie's big batch of somethings. But who knows - once I have that CMBYN disc in my hand (along with all those Extras on it!) perhaps I'll have more to add to our Big CMBYN Collection of Writings.

On that note head over to The Film Experience, where we're letting Armie Hammer shoot us in the face with his great big hot dog gun for this week's "Beauty vs Beast" poll!
.

Please keep writing about CMBYN! It's a masterpiece.

I hope Luca comes to his senses and let's CMBYN stand on is own, which is near perfection. I can't imagine that a sequel will do anything but destroy the magic of the first. As much as I'd love to see more of this couple, I don't think we need anything beyond the summer that changed both their lives.

whatever you do, Jason, but please don't restrain from posting more on CMBYN. as long as you keep posting something about this film, I don't feel abandoned once promotional season for it is over

"Cue exasperated sighs from people hoping this might mean I might shut up about the movie now."

I'm not one of them.

Jason, this is your blog, so you have the right to write about anything you want--don't listen and give in to those bitter queens who roll their eyes every time you write about CMBYN...they can look elsewhere if they don't like what they see here.

I truly admire your passion, and hope you'll continue to provide news and info about the film and hopefully its sequel for as long as you can.

I am very late to the CMBYN game. It didn't arrive in Nebraska until later but I did take my time going to see it. I had read all of your posts and maybe there was an eye roll or two...but then I finally went to see it in Omaha at Filmstreams. And it took my breath away, even changed my whole immediate reality. I was so moved and affected that I had to go see it again the next day. That has never happened to me before. So, now, I have done the soundtrack trip...fallen in love with Sufjan Stevens. And I'll never be the same....at 54.