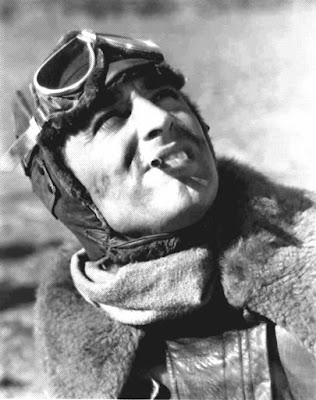 After spending the last three episodes of our "Siri Says" series stuck in the past decade or so - including an offering up of our 20 favorite films of last year - I'm glad that the little lady that lives inside of my telephone gave me a more distant number this week when I asked her to pick a number between 1 and 100 - she said "33" and so we're giving you our favorites from The Movies of 1933. And man there are some good movies up in here. I haven't seen as much as I should - I'll give you a few examples at the end but it's not nearly everything - but I sure do like what I have seen. I also love that these are all movies about pre-code wanton women or monsters. S'perfect! 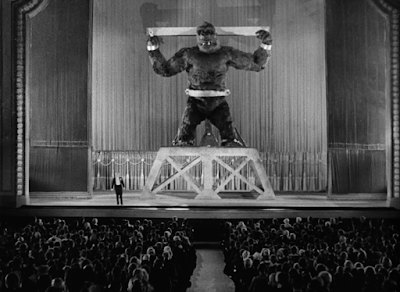 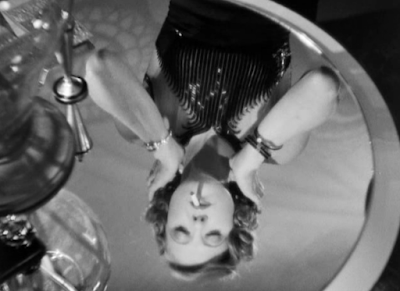 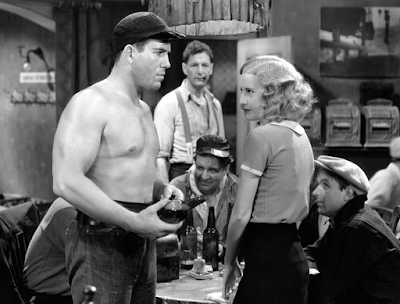 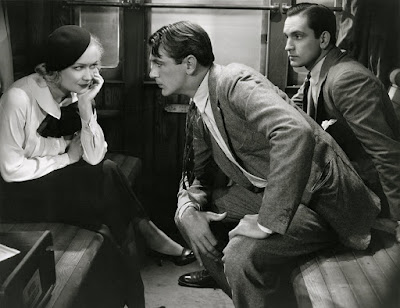 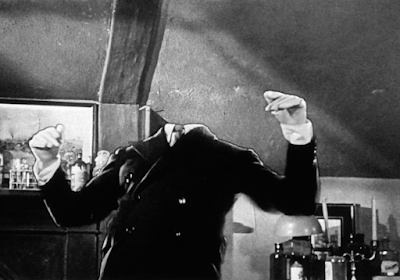 Great choices in a fantastic year! I’m a fan of all five. Glad to see Female (that guy playing the organ in the vestibule is so over the top but a nice touch!) and Baby Face (I stumbled across it on TCM last week and couldn’t help watching to the end. Stanwyck is electric in it.) Design for Living has such pretty, pretty people in it as well as being terribly witty.

That picture of Gable…sigh. He is in full studly bloom.

You’ve got to see The Bitter Tea of General Yen! It’s such an odd wild viewing experience thanks to just squeaking in before the code clamped down.

Dinner at Eight
Baby Face
The Private Life of Henry VIII
Bombshell (if you haven’t seen this do. It’s a thinly veiled version of Jean Harlow’s off screen life starring Harlow herself. Crazy and funny)
Employees Entrance

My many runner-ups with an * for special favorites:

42nd Street, Aggie Appleby: Maker of Men, The Bitter Tea of General Yen, College Coach, Counsellor at Law*, Design for Living, The Eagle and the Hawk (this was just on TCM last night), Female*, Flying Down to Rio, Gold Diggers of 1933*, The Good Companions, Heroes for Sale, Hoopla (Clara Bow’s last film and kind of a wild mess but she’s incredibly magnetic in it), I Cover the Waterfront, I’m No Angel, King Kong, The Kiss Before the Mirror, Lady for a Day, Little Women, Pick-Up*, Professional Sweetheart, Queen Christina, She Done Him Wrong, Solitaire Man, The Song of Songs, The Story of Temple Drake* (Lurid film based on a William Faulkner story about nymphomania and sexual enslavement among other things was banded after the code for nearly 60 years), The Testament of Dr. Mabuse, Wild Boys of the Road