Oh, Will Wonders Ever Cease? 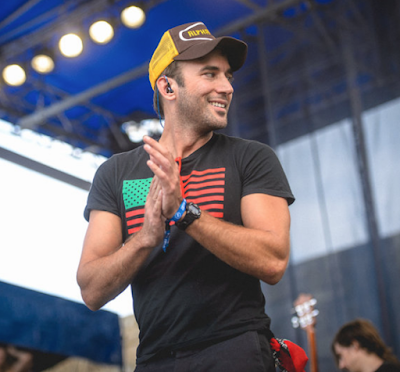 I work in a quiet office so believe me when I say that me involuntarily yelping out the word "HOORAY!" out of nowhere does not go unnoticed. But that's what just happened when I read this morning's wonderful news that Sufjan Stevens will indeed be performing his Oscar-nominated song "Mystery of Love" from Call Me By Your Name at the Oscars on March 4th. But I meant it, embarrassment be damned. HOORAY!!!

Sufjan is not the sort of performer that gets invited to even play the Grammys - he's done talk shows but not tons of them - so the hundreds of millions of people watching the Oscars are kind of going to be a big audience for him. Dude is still on his own label - hey is just a tenth of the audience goes and listens to a song by him that's gonna keep him in diamond-tip angel wings for the rest of his days. Hooray for a musical hero. (Buy the soundtrack here!) 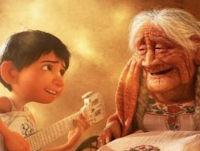 Also -- did you hear about the special Record Store Day edition of these songs getting released? Anyway I'm under no pretenses about him winning the award - it will probably go to those awful La La Land people. But I'm rooting for (if not Sufjan, obviously) "Remember Me" from Coco to snatch the statue away because that's a lovely song and I was in a puddle of tears the last time it gets sung in that movie.
.
Who? Jason Adams When? 10:35 AM

I was on the verge of not watching the Oscars, since none of the main categories except Adapted Screenplay will reward the best this year. Now I may have to watch Luca and Timothée and Paul Thomas and Greta lose and lose just so that I can see Sufjan perform probably a truncated 10 seconds of his third-best song from CMBYN in between Mary J. Blige and the chick from The Greatest Showman! Oops, that sounded kinda bitter.

I remember being excited when I heard that Aimee Mann would be singing "Save Me" at the 2000 Oscars. Feel the same about Sufjan.