You can always count on sword-n-sandal shows when others have let you down - the BBC miniseries Troy: Fall of a City (it will be on Netflix at some point, I believe) is the first time we've gotten to glare at the actor Louis Hunter since we posted that great big worth-clicking-on gratuitous post last month, and it makes the most...

... of having him around. Louis is Paris (aka the role that Orlando Bloom annoyed everybody in in the big-screen Troy) and the show seems entirely centered on his... well, kind of his ass. Fine by me! I looked up who's behind the show and one of the directors made that really gay-eyed Nicholas Hoult movie Kill Your Friends, so he's my new best friend. Anyway hit the jump for the rest...
. 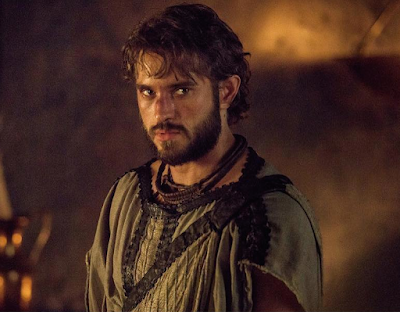