A World of Its Creation, Defying Explanation 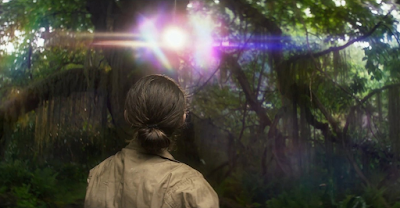 "If you want to view paradise... simply look around... and view it... anything you want to... do it... you can change the world... there's nothing ... to it." Gene Wilder's endlessly eerie delivery of Willy Wonka's signature song echoed through my head while watching Alex Garland's sci-fi head-trip Annihilation last night - Annihilation is what happens when you give a curious filmmaker the reins to indulge his own pure imagination.

And Annihilation is precisely about that freedom - you could argue that in a way it's a manifesto about modern film technology and our ability to create absolutely anything now. What are we going to do with it? Are we going to create, are we going to destroy, and are those the same impulses? What is the line between beautiful and horrible? Where does our impulse to project ourselves onto our surroundings cross the line from art to ego, or is there no distinction? 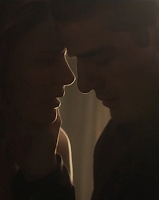 Heady thoughts, and thank goodness for it! Heady thoughts and bear-monsters to boot - you know this movie came right for me, and it got me but good. There are moments where its reach outdoes its grasp but I'll take that any day over a Transformers movie that just gobbles up everything like a maelstrom of mindless metal shards. Annihilation is meandering and thoughtful and emotionally resonant - yes it falls prey to the edict that female heroines must have an emotional purpose to their quest, and four times over at that, but it stakes that territory out as fertile ground, worth tilling.

And man, the sights! And the sounds! See this thing in a great big room with great big speakers. There are extended periods of quiet, of conversation, but when the movie needs to make those speakers count, they count. There are visuals ready to write themselves on your forever-places in this thing, and not always the great big stuff either - watch the way Garland shoots two hands embracing behind a water glass, for god's sake. This is a film-maker having fun, and feeling free to take us into magic lands - open your eyes and you will see one; want to be a dreamer? Be one, dammit.
.
Who? Jason Adams When? 11:16 AM

I'm becoming more and more angry that we're not getting this movie in cinemas in the UK, what an unnecessary f*ck up.

I can’t wait!! I’ve been listening to the soundtrack for a few days now. I love Garland’s work. Ex-Machina was, IMO, brilliant.

I saw it yesterday. I agree with everything you said.
There was only one bit I feel wasn’t needed... one of her flashback scenes... post sex...

i agree with JB. WHY the fuck are they releasing in on Netflix and not in cinemas??? at least thats the case here in germany... its a PERFECT cinema movie.. i don't get it.

The genetic mutation concept was wildly adventurous, but the film didn’t touch even the tip of the iceberg of potential with what that could entail. My favorite part was the haunting duel with the alien mimic. Unforgettabke. And JJL was wonderfully over the top with her paralyzed attitude. Can’t wait for the directors next one.