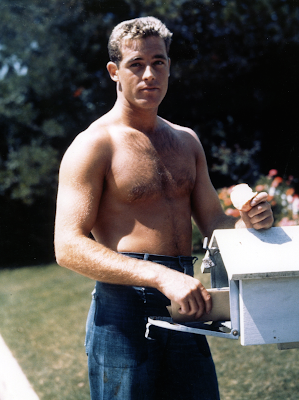 With a name like Guy Madison you already can tell sight unseen  that you're in for one of the tip-top beefcake actors of the 1950s (Rock Hudson Much) and sure enough Guy Madison delivers. But since doing a great big gratuitous post on Guy one year ago today (he was born on this day in the year 1922) I have actually gotten around to actually seeing an actual movie that Guy starred in! You know, as opposed to just staring at pictures of him holding a bow and arrow while half-naked, I mean... 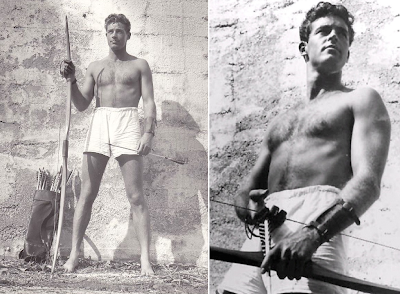 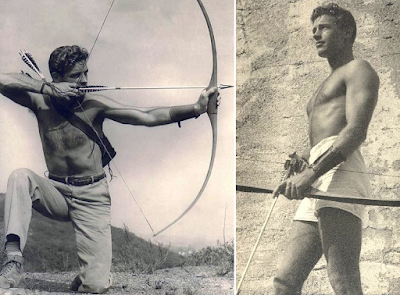 ... of which there are surprisingly lots! Somebody's fetish was fêted that day. So anyway the movie I saw Guy act in was called The Beast of Hollow Mountain and I know, I know, you're already sold on wanting to see it thanks to that title. 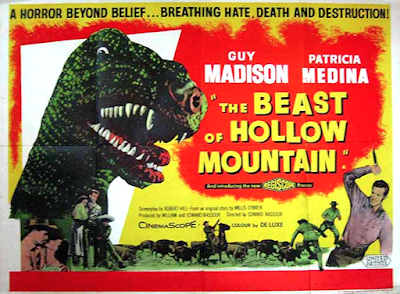 But like the human rights campaign told us, it gets better! The titular beast is a claymation dinosaur terrorizing a western town, and the claymation is so lousy that it no doubt gave Ray Harryhausen the shits when he saw it. And it is absolutely a delight for that. Oh and Guy swans around...
.

.
... looking like that. Not to be missed! In all seriousness it's the perfect movie for a Saturday morning, I do recommend it if you've got the slightest bit of nostalgia for this kind of cheese. Or beef (of the cake sort). Beef and cheese, y'all! One big juicy burger of fun. 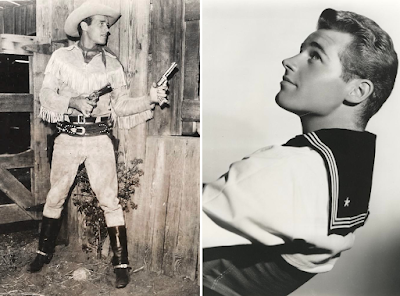 Labels: Anatomy IN a Scene, birthdays, gratuitous, Which Is Hotter?

If you can get hold of the LGBT fiction journal, Callisto, Issue 13 (Sibling Rivalry Press), you'll find therein a story by me about a young boy's fascination with a 50s photo of a shirtless Guy Madison: GUY MADISON IN BED WITH HIS TOP BARE.