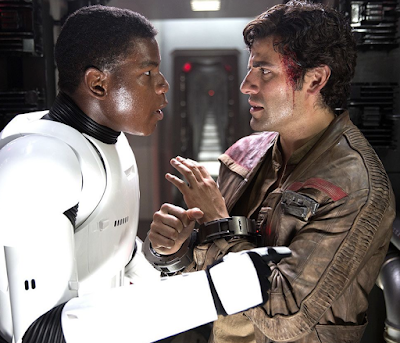 "Look, it was a little difficult to see my man kiss somebody else, but, you know, you gotta give up control… you got to watch some stuff you don't want to watch some times."

That's Oscar Isaac joking at a BAFTA screening for The Last Jedi about that usurper Rose (Kelly Marie Tran) who busts up the (always ridiculous, but fun nonetheless) fan-theory about a love brewing between his and John Boyega's characters (via, thanks Mac). (The name the fans came up with for this romance is "Stormpilot" in case you needed some random dumb thing to learn today.) Anyway I know I never reviewed The Last Jedi... well, besides this:
.

Raise your hand if you expected to see it was Finn pushing Poe up against the glass like that #StarWarsTheLastJedi pic.twitter.com/peI398e2iz
— Jason Adams (@JAMNPP) October 10, 2017


And I can't believe they digitally erased the testicles of the Sarlacc Pit when they fell out of its short-shorts. What a puritanical damn world we live in. 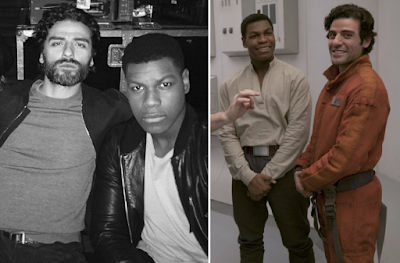 Black on Brown love in outerspace... what's not to love? The real question is who's the top?

^^^ It has to be Boyega, since Oscar's sweet ass has GOTTA be tapped.