One Good Thing To Say About Justice League 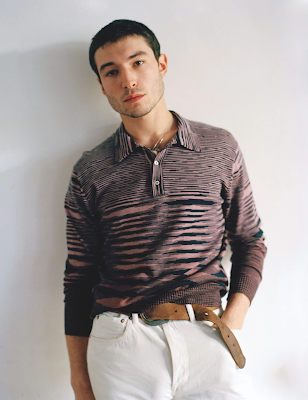 I railed against Justice League on Twitter while watching it last night (don't @ me about tweeting instead of paying attention when tweeting was the only thing keeping me watching) and you can read those tweets here, but I will say one thing in its defense - I am far more likely to want a movie about The Flash now after watching it then I was before. Ezra Miller was far and away the only good thing going on in the film.

Yes all of his dialogue consisted of jarringly-crammed-in Joss-isms, but Ezra sold 'em better than anybody else managed. (Oh my god that moment when Henry Cavill's typically mopey Superman suddenly had a laughing fit at the end felt so forced I should have called the police.) Even poor wonderful Gal Gadot was led astray (and Jason Momoa was trying way too hard). But Ezra was super...

... and most importantly of all his ass looked absolutely tremendous in his costume, so I say bring on The Flash! Or Flashpoint or whatever they're calling it. (Call it The Flash, you dopes.) And you can see more shots from this Ezra photo-shoot over on the Tumblr. 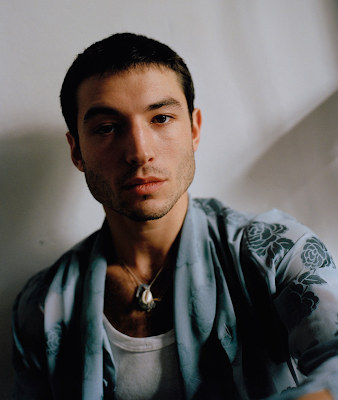 I wish they made his costume so that it didn't cover a lot of his incredible jawline.

Can we talk about that lump in those white jeans?

"Can we talk about that lump in those white jeans?"

I sure haven't stopped thinking about it since I posted it, Anon

Agreed. Ezra Miller have an awesome ass in that Flash costume