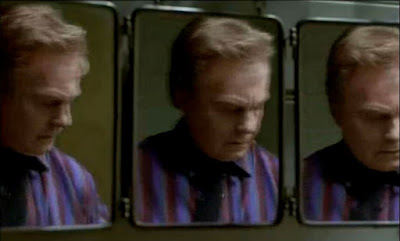 Francis Bacon: This painful inability to sustain relationships. The selfishness my work demands leaves no room for an emotional self. Can tenderness ultimately only manifest itself in the motion of a brush? Even this remains invisible. The visceral reach, running fingertips along the curved notches of a spine. The line of a femur, the curl of tendon into muscle. The smell. To violate, desecrate, to examine a person from the inside, eroticizing the white shirt cuff glimpsed beneath a dark suit. The girth, the solids, the sack of flesh, just offal bags. Ruminating intestines. Fine wines filled and swilled with rich food, trying to create some distance between myself and some dead lover.

When I saw that today is Francis Bacon's birthday I immediately thought of this tremendous biography of the painter starring Derek Jacobi in 1998 (marking its 20th anniversary in October)... but it turns out that today is actually the birthday of Francis Bacon the 16th century philosopher, not Francis Bacon the 20th century painter. Is there a movie about the philosopher? And does it have Daniel Craig in his underwear? Yeah I thought so. The painter wins! 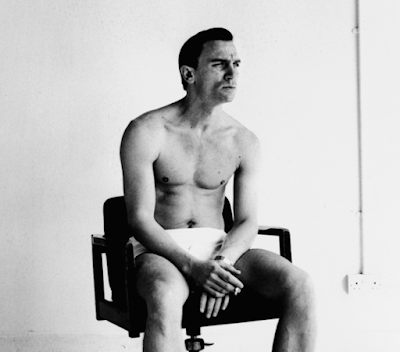