Borne Back Ceaselessly Into Our Many Pasts 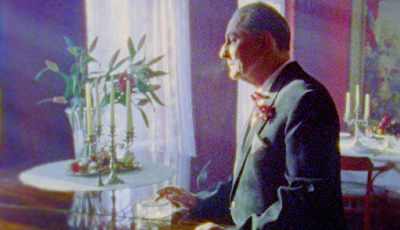 Time stands still for no man - not even when that one man turns out to be twenty different men. Perhaps especially when that's the case. That's the lesson I took away from The Prince and the Dybbuk, the new fascinating documentary premiering tomorrow at the New York Jewish Film Festival, anyway. The Prince and the Dybbuk tells the tale of the director Michał Waszyński, who began his career in Poland making silent films in the 1920s (and who directed the seminal Jewish classic The Dybbuk in 1937) but whose life and legend wound through some surprising and unexpected places through the War and over the next several decades. The Prince and the Dybbuk takes upon itself the question of how can you untangle a person who spent his life covering up his tracks, purposefully shifting the sand behind him? What is left? 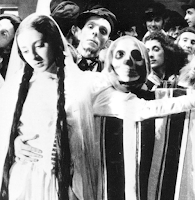 The most fascinating, and telling, portion of the film comes around the midpoint. Late in Waszyński's life (it's alright to jump around in time because the film does so itself) we find out he has managed to become a producer on some great big Hollywood films, things like El Cid and 1964's The Fall of the Roman Empire. The latter is of particular interest to directors Elwira Niewira & Piotr Rosolowski, who tell us that 28 million dollars was spent on the insanely elaborate sets (which Waszyński supervised), an insane amount of money for 1964. We then cut to the present day location, where an entire Roman City had once been built, and see nothing - a semi-forest, some scattered bushes - all of those 28 million dollars and all of that effort lost to time and the weather.

Michał Waszyński was a man of many secrets - the man who takes us to the former film-set, now forest, turns out to have been an extra on the movie and he has his own stories and remembrances about Waszyński taking a particularly keen interest in the dressing rooms of the young actors playing Roman Soldiers, for instance. But Waszyński was also married to a much older Italian Countess, he also directed anti-Nazi propaganda during the war, and what of the photographs of him and a mysterious woman in his youth?

So he was probably homosexual, or something like it - one person interviewed actually remembers him living openly so. But what records remain of such things now? You'd be hard-pressed to find them - even the people in the know would never have spoken aloud such secrets, so if discretion was appreciated. How much of gay history is lost this way? An unspoken history of romance, love, whatever, slipping away like that grand film-set, a patchily wooded nothing left in a grand something's one-time wake. 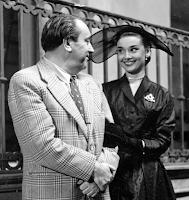 Niewira & Rosolowski methodically set about to unravel Waszyński's self-created web, working from the outside in - what starts out straightforward becomes stickier and stranger as the bottom of what we think we know keeps dropping away. Everyone who knew this fancy man - and he knew some people, hanging out with the likes of Sophia Loren and Audrey Hepburn - called him "The Prince" because he had to be royalty, the way he carried himself. (Also that's what he told them.) But what we discover instead is a man made of clay, one endlessly fleeing the rooms of his own history, haunted by his past, his present, and a ghost here in this future to us too.

The New York Jewish Film Festival opens tomorrow at the Film Society of Lincoln Center and runs through January 23rd -- you can check out their entire line-up right here. It's chockfull of fascinating stories just like this one! Go see something!
.
Who? Jason Adams When? 4:24 PM

My parents met as extras at the shooting of The fall of the Roman Empire. I´ve got photos of them dressed as romans, eventually i will have to scan them. Thousands of young people from villages around Madrid took part in that shooting. The movie itself is pretty good. I always thought the sole producer of that movies was Samuel Bronston, not have even heard of this man. I´ll check the doc, it sounds interesting and i don´t know which part of the locations that shows up in it you are referring to...