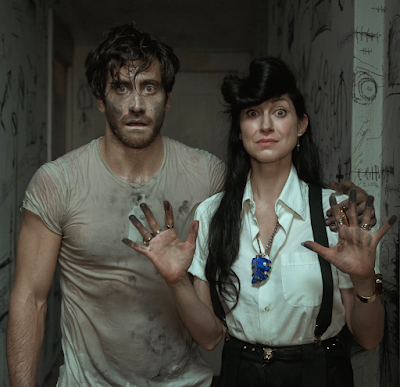 I know I already posted that shot last week (along with a gif of her molesting Jake Gyllenhaal) but let's focus on the woman in the picture this time -- that is the director Floria Sigismondi, who made the kick-ass rock bio-pic The Runaways with Dakota Fanning and Kristen Stewart back in 2010 and since then has been doing music videos and TV (she recently directed an episode of American Gods). She was with Jake because she directed all of the New York Times' horror-themed "Great Performances" videos this year.

Aaaanyway today her next project's been announced and it sounds promising! She's making a new movie version of Henry James' classic ghost story The Turning of the Screw, which in itself is nice (it's a classic story for a reason) but also dangerous -- it's already been turned into a great movie, The Innocents with Deborah Kerr. What pushes me from skeptically enthusiastic to full-on Yes Please is that her star will be the great Mackenzie Davis. 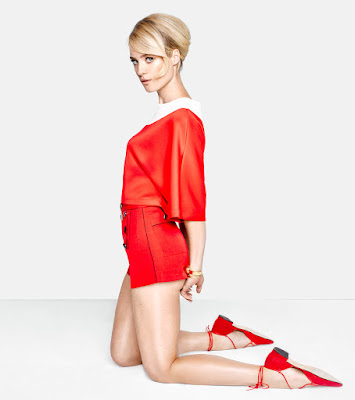 Mackenzie Davis who has yet to be anything less than great in anything I have ever seen her in - I did not like the Blade Runner sequel this summer but man oh man would I have watched a movie that took off with her character instead of all the dopey Ryan Gosling shit. Davis will play the Deborah Kerr role of the governess at a haunted country estate taking care of two creepy kids.

Also starring in The Turning (which is what they're calling this movie, although I wish they'd just add the Screw part back because "The Turning" sounds like they're making a movie about making sure both sides of the toast is evenly browned) is Finn Wolfhard, an actor who is really named that, that you know from Stranger Things and It. One assumes he'll be playing the older son. It's a shame they're casting the role with a 14 year old - if they aged the kids down they could hire Timothée Chalamet as the childrens' father; we already saw him all gothed up for Floria in his "Great Performances" video last week and I'd watch a full-length movie of that!

I remember doing projects on Sigismondi in my high school media class. She was a big deal in Canada in the 90s. Some of the best music videoes.