Even More Than She Loved Herself 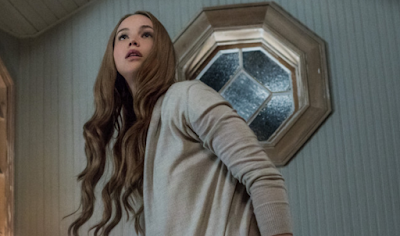 A bunch of reviews of Mother! are calling it "The Love It Or Hate It Movie of the Year" and so all of us must ask ourselves whether we want to or not one of the world's dumbest questions once we have seen Mother! - Did I love it or did I hate it? (And admittedly it's tough to make the case for grays with a filmmaker as go-for-broke as Darren Aronofsky.)

So did I love it? Yes! And did I hate it? Yes! I did, at times. At times my eyeballs rolled right out of my head. But I scooped them right up and I kissed them and I carried on.

Point being it seems every time a new Aronofsky movie comes out it seems we critics have re-litigate the same old conversation -- is it overwrought camp or is it the work of a deranged genius? Well this time Darren has just done that work for us and worked that conversation right onto the screen, self-indulgent genius talk and all, and once again it feels like a man exorcising his worst demons for us, or because of us, or maybe just inside of us? Maybe he crawled right inside my chest and did his bidness?

You watch a movie like Mother! and you wonder... well, you wonder what the fuck is wrong with the person who made this? This is a sincere question. The business that Darren is in is pure and, what's the word, unadulterated hysteria. Mind you he does it like no other, but movie after movie it's been pitched to the cheap seats, using his outdoor voice in a small room if you will. And I love it! I'm there for it. It just feels like Mozart having a tantrum on his piano keys, a maelstrom of finger blasts, and I'm exhausted for him. 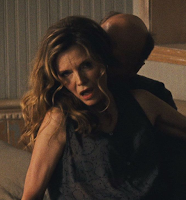 Anyway I'm glad I reminded myself that Darren's previous movie (and once a film-maker has revealed his mania to you as consistently and sharply as Darren has you get to be on a first name basis with the dude so excuse me my "Darrens" but they're not going anywhere) was Noah right before Mother! started last nigh because I tend to forget Noah existed and Mother!'s been sold on the back of Black Swan & Requiem For a Dream (a sturdy, if sweaty, back, that) but it's got a lot more in common with Noah than you expect.

Do you recall how they tried to sell Noah to the Christian Movie-going Public when it came out? Now Noah did better than you remember it doing (it made nearly 400 million bucks) but I don't think anybody considers it much of a success, and Mother! on first viewing feels like a rebuke of it and its Christian Succubi - Mother! feels like the a curdled Book of Genesis; the story of Creation scribbled in blood and feces on scraps of rags in an insane asylum. It is an Old Testament re-telling of The Giving Tree - it is a Restoration Hardware catalog crammed into Christ's side-wound.

Truth be told I want to talk about Mother! for a thousand more paragraphs but I also don't want to spoil it for anybody, so I'm just gonna stop before my pointed chatter gets too pointed and points your nose in the right direction - Mother's mysteries are not terribly mysterious once you figure out the game Darren's playing (I had the whole thing sorted plot-wise about a quarter of the way in) but he makes exquisite audacious oblivion that spills him and us inside-out on the sidewalk afterwards, a tumble of guts. And I gladly give it up.

"I wish that I could give you something... but I have nothing left. I am an old stump. I am sorry..." "I don't need very much now," said the boy, "just a quiet pleace to sit and rest. I am very tired." "Well," said the tree, straightening herself up as much as she could, "well, an old stump is a good for sitting and resting. Come, Boy, sit down. Sit down and rest." And the boy did. And the tree was happy.” 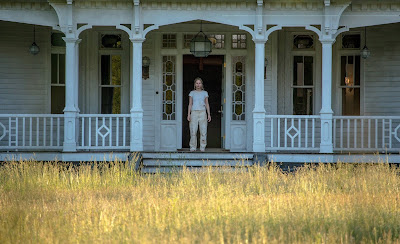 I feel the opposite - your review resonated with my own rattling brain thinking about "mother!". I can't get it out of my head, and none of the thoughts swirl around it make any more logical sense than the movie itself. BUT I'm loving that about it. I've seen too many movies this year that I forget about 15 minutes later. "mother!", regardless of how good, bad, incisive, dumb, overly-serious, campy, successful, or unsuccessful it is, it will stick with me as one of the most memorable films of 2017.

As a woman, I connected with this movie on such a deep level it almost gave me a panic attack in the theater, and that's not hyperbole. I've been in relationships that were physically, mentally, or emotionally abusive and jesus christ. The Giving Tree is such a perfect thing to mention.