5 Off My Head: Tom Hardy at Forty 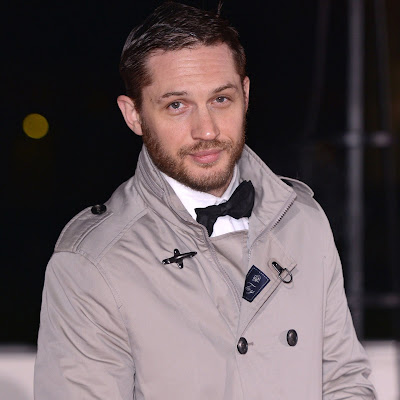 One of the two finest actors born the same year as me is celebrating his 40th today - Edward Thomas Hardy was born in Hammersmith, England on this day in the year 1977, the son of a painter mother and a writer father. His father is named Chips Hardy! I want to be named Chips Hardy! Maybe if I marry Tom Hardy I can have him call me Chips. I don't care if that's weird, it's now my fantasy, and I'll do all within my ability to make it happen.

Anyway! Tom is 40 today and he's in the thick of his career glory, getting praise lavished across those lascivious lips at every turn. Ahead he's got a new movie from The Assassination of Jesse James' director Andrew Dominik, he's probably got another Mad Max movie, there'll be another season of the great fun Taboo, and he's playing another big brawny superhero bad guy in the Venom movie. But what about what's behind Tom Hardy?

No no not that. I mean career-wise. He's already accomplished quite a bit in the decade since his artistic breakthrough with Nicolas Winding Refn (they should really work together again), and surprisingly I haven't done a list of my favorite performances from Tom before this. So let's do just that right this minute!

(Oh and sidenote: if you know me then you might be surprised by a couple of these choices since the actual movies that two of these good performances come from I do not like. But Tom's the best thing about them both. Can you guess which ones I mean?) 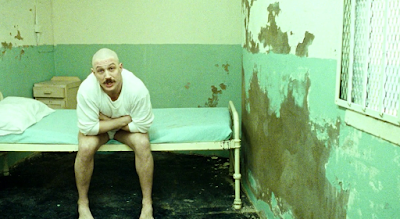 Charles Bronson, Bronson (2008)
"You shouldn't mess with boys that are bigger than you." 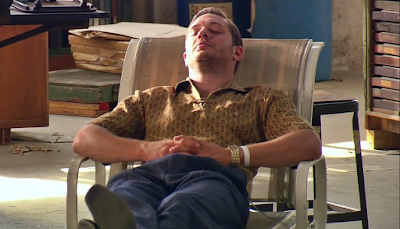 Eames, Inception (2010)
"You mustn't be afraid to dream a little bigger, darling." 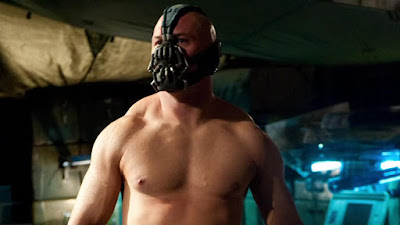 Bane, The Dark Knight Rises (2012)
"The shadows betray you,
because they belong to me!" 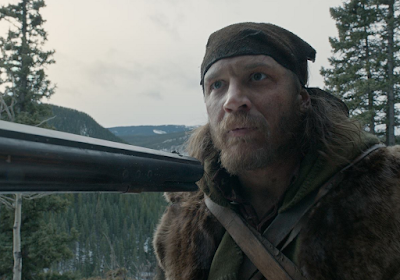 James Delaney, Taboo (2017)
" I witnessed and participated in darkness
that you cannot conceive."

What are your favorite Tom Hardy performances?
.
Who? Jason Adams When? 12:48 PM

I really liked him in Warrior and Tinker Tailor soldier Spy.

I almost did a runner-up list because there are a few more also-rans -- both of those you named, Anon.

Also Locke, and sort of Mad Max - I like him in the movie but he's not given a terrible lot to do. Charlize has a much more lively character. But he's solid.

My Top 5 in rough chronological order:

Warrior was excellent as well. I remember liking him in TTSS mainly because it was sort of a "Maureen Stapleton in Interiors" breath of fresh air, but I can't remember any specifics about that movie.

Of the three Batman films, I only think the second one stands out and particularly because of an actor (Yeah. That one). Nolan is not a good blockbuster director. So, guess no. 1 is Batman the third. I can only sort of vaguely remember what happens in that movie, Gotham is under siege from Hardy and Cortillard? Or? A bomb?

Second, I have never seen another movie by Inarritu since 21 Grams but you have distaste for him, so that?

You guessed the two movies correctly, Bendt, very good! I think Hardy is the only good things in The Dark Knight Rises and ESPECIALLY The Revenant. I love his bizarrely accented over-done performances in both of those movies but am not keen on either film as a whole.

I still have somehow never seen RockNRolla, even though it has Tom Hardy GAY in it. Shame on me.

Alfie Solomons in Peaky Blinders. I did a double-take when he was first on, because he seemed like he *could be* Tom Hardy, but... No! Is that really him? O_O Mind-boggling. He plays Alfie as suggestively menacing and a little odd, but so believable.

My god, that bubble butt! What's the movie with him in a hat and buck naked?

Scenes of a Sexual Nature - that ass!