There's a Spector in The Mist 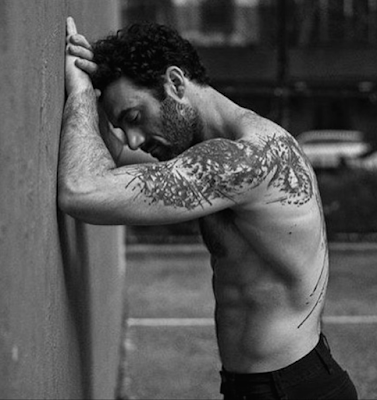 Why did it only just now occur to me as I searched for an excuse to post this new shirtless shot of Morgan Spector via his own Instagram that that pun with his name and his TV show has been sitting right there for the plucking all of this time? Weak, Jason. Weaksauce, and then some. Anyway I might be a week behind but I've actually kept watching The Mist, despite an initial shruggish (I know that's not a word but it oughta be) response, so it must be doing something... 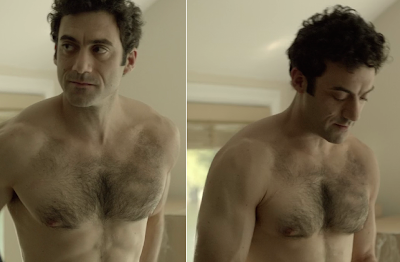 ... right. Yeah, it's probably just that. Gee golly damn Rebecca Hall's a lucky lady. Anyway is anybody watching the show? It's super hit-or-miss, leaning towards miss, but I keep hoping it might find its footing. And until then we'll always have this great big Gratuitous Morgan Spector post that I did.
.
Who? Jason Adams When? 3:05 PM

The movie got it right. But I'm still watching because, well, I already invested a couple of hours so I'll finish out the season. A more knowledgeable friend assures me this is a limited series. However, it sure feels to me as if sometimes they are treading water until they get to the spot where the vendors they were late in paying for the monsters, finally said ok go ahead and use them, and pay us later because we can't wait for another whole season to get to the payoff. To much filler and not enough suspense or horror. It really does beg the question, why do this in the first place.

The Mist was just absolutely stupid this week.  I was practically yelling at the TV.  If Natalie is an atheist (nature worshipper, WTFever), then she wouldn't believe that this "test" of her belief versus the priest's would mean that she would survive!  That would imply that nature, just like a god, MADE A CHOICE to protect her.  Her belief system is that nature is random-and therefore there would be an even chance that she would die.  Or that both or neither of them would.  She wouldn't believe it would automatically be one or the other!  That was just the most stupid piece of writing I've seen on TV this year.  Worse than Under The Dome!