Have you ever convinced yourself that you've seen a movie and then come to find out later, maybe once you decided to re-watch that ol' thing you've totally seen before, that you haven't seen it before? That your mind had played a trick on you?

So it went with me and Dario Argento's 1980 film Inferno last night. See, I wrote up some thoughts on his 1977 film Suspiria earlier this week when I saw it on the big screen and a commenter therein asked me for my thoughts on Inferno (which is the second film in Dario's "Three Mothers' trilogy sandwiched between Suspiria and 2007's Mother of Tears) and I thought to myself, "Well ya know what? My thoughts on Inferno are awfully hazy, I should give that a re-watch." 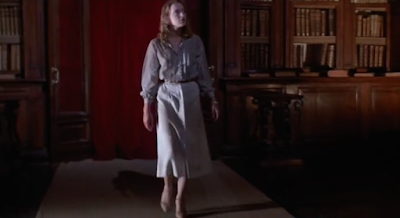 And so I sat down with it last night to do just that and I put the disc in and after two minutes of watching I was like, ".... Wha-huh?" Ten minutes after that is when I finally allowed myself to think the unthinkable - that I had never seen it before! What? How? Who? When? What? I went through all the stages of grief - anger, bargaining, making myself a sundae with strawberry ice cream and chocolate syrup and nuts, taking a bathroom break, acceptance.

But I already confessed all of this on Instagram last night so perhaps I'm being redundant - perhaps I should just talk about the movie now. Which I would love to! What a movie! How have I lived without the magic of this for so long?

When I wrote up Suspiria two days ago in the post that sent us on this Argento Vision Quest in the first place I made the case for the basic sanity of Suspiria - that despite its reputation for dreaminess the film's really got its own little logic to it, and is not as nonsensical as some of the giallo I've witnessed. Well Inferno makes Suspiria look like black and white neorealism - it is incomprehensible. (Sorry - "surreal.") In a super fun cat-tossing way!

Perhaps, as with Suspiria, dozens more viewings of Inferno will sort its plot into some kind of sense, but its story seems determined to obscure - every character we come to know dies horribly after about ten minutes of screen-time, for no real reason I could muster - there's just a big ol' hex on everybody and the impending eclipse has driven the entire world mad. 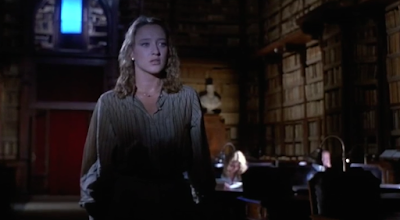 Don't we have an eclipse coming up? Hmm, perhaps Inferno really is a Film For Our Times. But you take this scene here set inside the Biblioteca Angelica in Rome (read more about the filming locations of this movie right here - part of it was shot in NYC!) -- as per usual Argento makes the scenery grow weirder with each step. 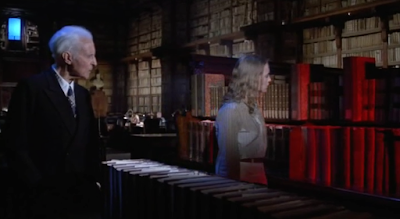 (Another sidenote: Mario Bava actually did some of the shooting on this movie, and it shows.) There's that wonderful woman seen a couple pictures back giddily glaring at our (temporary) heroine, and now the primary colored lights and old strange men start appearing. Our (temporary) heroine asks for a book...

... and of course it is literally right behind her, bathed in fluorescent red. Everybody who comes into contact with this book is sent into a nonsensical hellscape dimension... 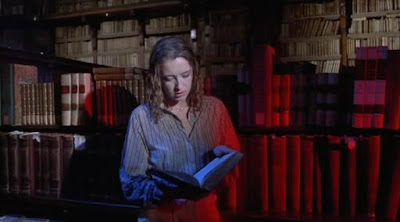 ... and before she knows it this normal... well okay not exactly normal, but this recognizable if a little odd space... 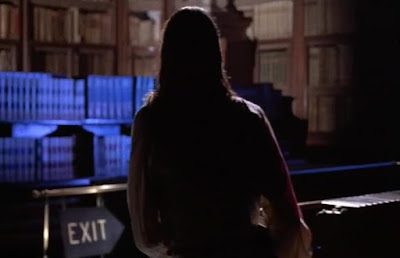 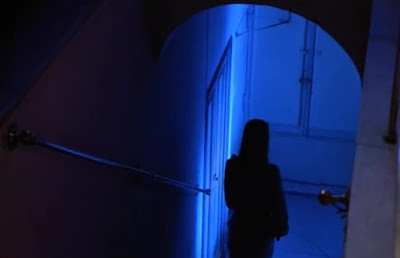 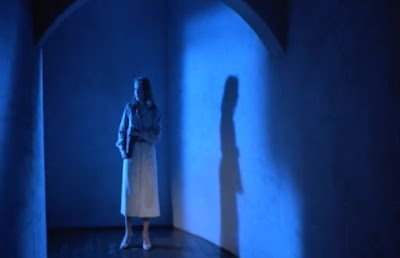 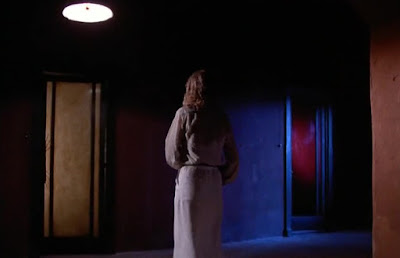 ... and then comes the purple and that is
DEFINITELY not a good sign at all.

And before you know it the library
has actually turned into Hell itself.

I'll spare you where the scene goes from there because, well, I watched it and I couldn't really even tell you what's going on. But it's weird and wonderful and everything you want out of an Argento Experience. I actually just got a copy of the book Dario Argento: The Man, the Myths & the Magic for my birthday and I am tempted to skip ahead to read the passages on this movie... 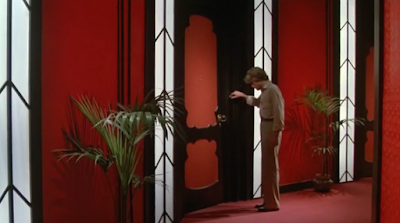 ... Wikipedia says that Argento was terribly sick with hepatitis for most of the shooting (which is why Bava did some of it) and actually had to direct some scenes laying flat on his back! For those personal reasons I guess Argento himself dislikes this film immensely, which only further proves he's a terrible judge of his own work. (See also: everything he's directed since the turn of the millennium.) 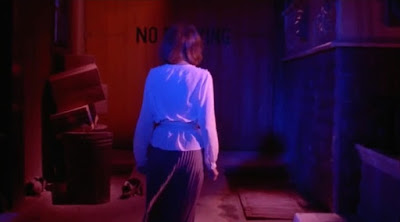 Because Inferno is super, and I'm delighted there was another delightful Argento movie left in the world for me to discover - I thought I'd plum used those all up. I can't say after a first viewing that it's ever going to topple Suspiria from its lofty perch, but I can already tell I'll be watching it many many times from here on out to unravel and luxuriate in its neon strangeness.

I love Inferno and have watched it many times. It's really not as incomprehensible as people make out (for example, I believe the room in the basement of the library is the binding room, and that bubbling cauldron is glue for said binding). It certainly has a lot of flaw, such as a terrible hero who literally stands around for most of his screen time saying (A) "I don't understand," or (B) "Where's my sister?") but gosh darn it, it sure is purty to look at. And that whole scene with the flooded ballroom is amazing.

Ahh the binding books thing makes sense! I call it incomprehensible now after one time through but I do really think I'll make more sense of it with repeat viewings, Robert. And I look forward to it. I really did enjoy the heck out of it. SO PURTY. I need to get a better copy though, the one I watched wasn't perfect - the aspect ratio was off and I couldn't fix it. I think I'll def be splurging on the bluray.

Thanks a lot for doing a whole post on "Inferno" when all I expected was a tiny response to my comment, especially when such a post describes so perfectly the bewilderment of watching the film for the first time. I really, really love "Inferno", with its sleepy cadence, labyrinthine narrative and utterly abstract visual construction it feels like a head-on plunge into the subconscious and the uncanny, and for that I rate it third-best in Argento's fimography, only behind "Deep Red" and "Suspiria". You know, I'm a aspiring filmmaker myself and the work of Argento has been a huge influence on the couple of shorts I've done, but I always recognize "Inferno" as being my major influence, there's just something otherwordly about it that I feel compelled to emullate. Keep on the great work, I love coming here and finding these great horror-oriented posts.

I like the Blue Underground blu-ray best, which is easy for those who aren't region free. There's a nice media book from Germany though (Koch, I believe), which offers another transfer. Same transfer as Arrow in the UK uses, but Arrow did too much noise reduction, so it looks a little waxy. Blue Underground is a bit darker, which suits the movie better in my opinion. It wouldn't surprise me though if we see an announcement of a 4K transfer in the near future, like with Stendhal Syndrome. All the Argento movies have been getting upgrades.

Thanks for that info, Ross! I just ordered the Blue Underground three-movie Argento set off of Amazon earlier today so I'm happy to hear I made a good choice!

And I hadn't heard about SS - I need me some 4K Thomas Kretschmann...

Damn! You're a bigger man than most admitting in public you'd never seen Inferno! All those hours wasted on Binoche... I get it: it must have been a cruel awakening.

The opera listening with the witch! The bookseller being murdered by rats! (and then again by the truck-food cook for good measure) The floor-board exploration! The first blood-letting by a prick in the taxi! So much goodness.

mangrove and JA: The opening credits sequence with THE BOOK and the entire Three Mothers mythology laid out! The Mother of Tears' cameo where of course she is stroking a white cat! Elise & Mark's conversation floating down the secret orifice in the house! The groovy Keith Emerson score! Inferno is a movie that just keeps on giving.